What have I learned in my first year at Uni (Apart from Physics!)

A lot is the short answer. I think there is the content of the course which I have learned, but I have also learned how to critically reason with concepts, for example why do they work. I found that the school system does not encourage genuine exploration and question of ideas, it was too much about learning mark schemes and meeting targets rather than enjoying the whole learning experience. 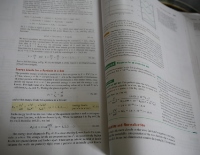 I certainly think that my studying and intellectual abilities have improved greatly. I can only speak from the perspective of a Science student, but the reasoning with the textbooks, further reading and a stronger emphasis on problem solving has improved my ability to understand things. Also, I have studied topics such as computer programming, which I had never done before coming to Uni. A lot of this was figure it out as you go along, but I think that is the best way to learn such a skill. I’ve found that you are definitely required to work more independently. 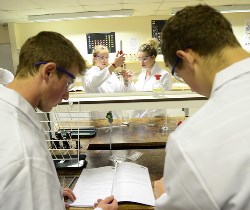 Additionally, your studying methods must change and adapt for university. My Further Maths class at school only had 6 people in it and you were always pushed, however university requires a lot more self-motivation, things like class tests are rare at uni and no one is really going to chase you up if you don’t study often. You can be in a lecture theatre with up to 300 people and a lecture is a lot different from a school lesson. There is a lot of content thrown at you in a lecture and there is an expectation that you read up in textbooks about that lectures content. I’ve found that lectures are only a starting point, further study is often needed to grasp concepts.

Most of my timetable has been taken up with lectures, however we also have lab sessions and tutorials. Tutorials often require your engagement and you should ask questions to grasp the course material, it usually consists of working through a problem sheet. At School, practical science experience is rare and I don’t think it is taught well, the only real emphasis at school I found is to pass exams. Practical Science experience is taken seriously at university, I had a 3 hour lab session every week and it was much more of a robust experience.

A better appreciation of culture 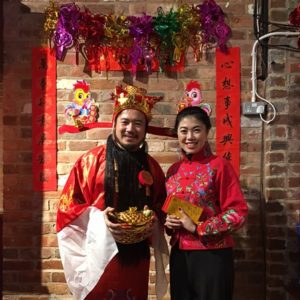 I have made friends from all different countries and cultures, something which coming from a rural area I have never really experienced before. It’s a completely different experience getting to know these people and it really does help to break down barriers. There are loads of cultural societies and they host great events, along with some good food. At Durham, you can’t avoid being part of a multi-cultural society and I never thought that I would be learning Japanese!

I can also appreciate the significance of cultural items such as Shakespeare and the works of people such as St Thomas Aquinas and the implications of such on today’s world. At School, I thought what is the point of this, but guest lectures and discussions with my arts student friends, has helped me to appreciate how important these works are (something which I wouldn’t have even contemplated saying this time last year!) 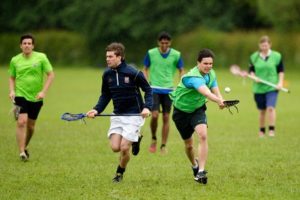 Whilst a lot of the social life is postulated to be alcohol fuelled, I have found plenty of things to do avoiding Klute and Loveshack. Durham’s sport is second to none and some colleges have up to 7 football teams, along with sports such as lacrosse, which I had never heard of before. Rowing is something which lots of people try when they come to Durham and the uni has produced Olympic standard rowers.

It’s not only sports you can get involved with. More than 200 societies exist and you can even do skydiving. I’ve found that there are so many people you can get on with. At school, I found that the weekends drinking was much more prevalent than Quantum Mechanics, but at uni it’s ok to discuss these matters. Also, you can find people with similar interests to yourself, I was never too much into socialising at school and I found that there wasn’t much to do apart from studying if you didn’t drink alcohol, but here you can busy with as much, or as little as you want.

What advice would I give first years?

I think you should get involved with a lot of activities, I didn’t do much apart from study this year and I think you are much more productive if you are kept busy. Also, I think doing more activities to build my CV experience as well as a greater focus on what I want to do when I graduate (although I have another 3 years to do that).

Overall, I have really enjoyed my first year at Durham and I am really looking forward to the second year modules and potentially getting involved with Gaelic Football.
*Student images from St Mary’s College JCR, St John’s College Day and Colleges Festival of Sport