Welcome to the Year of the Rooster 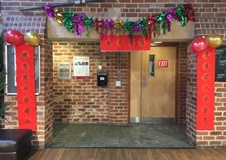 Chinese New Year is a spring festival and usually falls between mid-January and mid-February. As for this year, this festival was on 28 January 2017. Chinese New Year is the most important festival for the Chinese community as it symbolizes the start of a new year.  Chinese communities in different parts of the world will gather around and celebrate such a traditional festival together.

Even though it’s pretty hard for me to head back to my home country to celebrate the festival with my beloved ones, there was still plenty of excitement and good feeling here in Durham and I had a great time celebrating.  Thanks to my college (Ustinov College) for organizing the celebration on that day, especially the God of Wealth and organizer of this event (Ms. Jacqueline You) 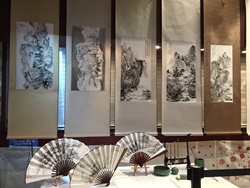 At the event, I had an opportunity to appreciate the Chinese calligraphy and the Chinese paintings hanging in Fisher House, the main Ustinov College Building. It was a great experience for me to take part in egg painting and paper cutting,  which I have never tried before because it’s not a common practice in my home country. Moreover, it was my first time to watch the Chinese New Year Gala Live TV show here in the UK as well. This was a wonderful event that has widened my horizon by more understanding on how people celebrate differently in different places.

Some of you may not be familiar with Chinese New Year, so here is some background information:

The year of the Rooster. Any idea?

So, on the first day of the Chinese New Year, it marks the start of a new year in the traditional Chinese calendar. The Chinese calendar is somewhat different to the calendar we observe in the UK as it usually begins in late January. In addition, each year is represented by one of the twelve Chinese Zodiac Animals. So, in the year of 2017, it’s the year of the Rooster. The Chinese believe that each sign has its own characteristics and people that born in the Rooster year (or 1981, 1993 and 2005) believe to be diligent, talented and courageous.

How do people usually get ready for the Chinese New Year?

Chinese families usually clean their houses thoroughly before the New Year’s Day to get rid of any bad luck and start preparing to welcome good fortune. Moreover, they will try to fill their houses with red decorations as red holds a positive meaning in Chinese tradition and usually symbolizes luck. Some public spaces or streets will be also filled with red signs or banners during this period of time.

What do people normally eat during Chinese New Year? 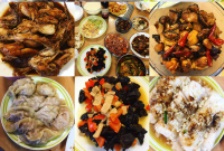 People normally start the celebration on the New Year’s Eve when all the family members gather together to have meals. Traditional foods include chicken and fish that signifies abundance. Also, we eat special treats like Melon coated with sugar on top, red and black melon seeds, coconut slices and glutinous rice balls. We cannot miss out the New Year pudding that tastes sweet and sticky, or turnip pudding, as they have various meanings behind each type of pudding. For New Year pudding, it means higher income, better positions. As for the younger ones, it stands for the growth of children. So, it is considered good luck to eat it during the New Year’s time, while the turnip pudding is a good omen.

So, I hope you have deeper understanding of Chinese New Year by now.  Again, I wish everyone a happy and lucky Year of the Rooster!