The Cypriot Society’s daytrip to the Lake District 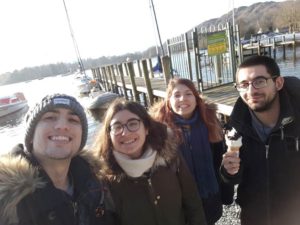 On a freezing, clear February Sunday at 7:30 am, four cold Cypriot students stood shivering outside the Students’ Union, about to board a bus to the Lake District. We were perhaps rather grumpy to start with, acknowledged the beauty of the rising sun with sleepy groans, complained about the cold, wondered where our fifth (and, after all, unfortunately oversleeping) friend was. Georgina, Christos, Charalambos and I were the sole remaining representatives of the Cypriot society, as our initial group of about 20 people was cruelly decimated by impending summative deadlines. Speaking of the aim behind the annual trip, Desiree Birinci, the Vice President of the Cypriot Society, says: ‘As Cypriots, many of us are eager to stretch beyond Durham and explore all over the UK. Once we arrive here, we realise just how little we truly know of it. Beyond cultural differences, we are also fascinated by the British landscape that is very distinct from the arid terrain we are accustomed to in Cyprus.’

And so, despite being reduced to the mere number of four, we headed to the broad, fuzzy and distant concept of ‘the Lake District’. On our way, we drifted in and out of sleep, in and out of rolling hills, endless green dotted with sheep. In my personal bubble of this journey, Van Morrison sang of a clear morning in the mountains: ‘My soul was free, my heart awake’. 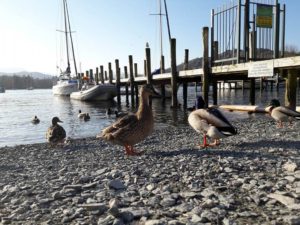 And so mine, too, grew awake. We said goodbye to Kevin, our bus driver, at Lakeside, by Lake Windermere, where we got on a ferry to Bowness. This was an extraordinary day to be here, with strangely bright, sunny skies that shone off the surface of the water, as we tried to wrap our minds around the more or less foreign to us concept of a lake, googling facts like the depth of the lake (at max. 66m), its length (18km), and how it came to be there (think glaciers, think a really long time ago).

We stopped at Bowness. Childishly enjoyed standing among a group of 4-year-olds, laughing as we shared their excitement over the ducks, swans and seagulls battle over floating crumbs. Laughed some more when Christos’ tender attempts to befriend a swan were very blatantly ignored by said swan. Had a stroll through Bowness and its busy streets, wandered into the churchyard of Grade I listed St. Martin’s church, where there coexists the very historically interesting 1822 tomb of Rasselas Belfield (read more about this tomb here), an Ethiopian slave (then called Abyssinian), and that of slave trader John Bolton. 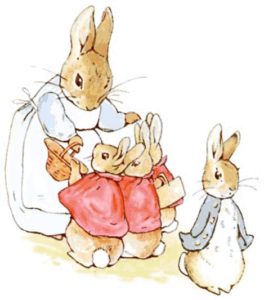 The World of Beatrix Potter

Treading from the historical to the fictional, we also briefly visited The World of Beatrix Potter, and then found our way back to the glimmering reality of the lakes, where we boarded another ferry to Ambleside, entering our favourite part of the day. Away from the great crowds relishing in the sunshine in Bowness, Ambleside quietly welcomed us. The soothing, quiet stillness felt like a hug from the universe, and we stood thankful, taking in the view, then walked through the grass and to an epically positioned bench that quite literally felt like a privilege, in bench form: to sit on that bench was to be totally and wholly content. 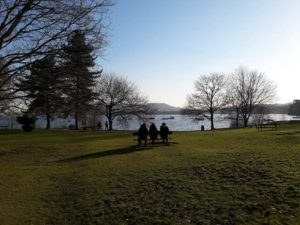 Some very happy cake slices and a calm walk through Ambleside later, we found ourselves back at Ambleside pier, and stole some last wistful glances at the beautiful lake we were about to leave behind, until we were met with Kevin again. Durham felt a world away. The stress of summatives that had kept the rest of the Cypriot society away had dwindled away entirely. Charalambos Ioannou, now asked how he enjoyed the trip, excitedly comments: ‘Our experience at the Lake District was just amazing and we really enjoyed it- looking forward to more day trips!’

When we left Windermere, we carried some of its stillness back to Durham with us, a soothing murmur that eased the hard work that followed.

Why not plan your own day trip?

Find out more about the Lake District here, there are many interesting places to visit in the northeast here.