The British and European Quidditch Cups

In my first year at Durham I became part of the first St Aidan’s College Quidditch Team – we would go and throw a ball around on St Mary’s field on Sunday’s mornings and then go back to college for brunch. Since then Durham Quidditch has grown in popularity and now boasts two University teams – Durhamstrang and the Durham Direwolves, as well as some college level teams.

A brief explanation of Quidditch

Quidditch is a full contact sport – it is a bit like rugby crossed with dodge ball. All players have to stay mounted on brooms while they are playing and players have to run, catch, throw and tackle while doing this. I play as a chaser on Durhamstrang – myself and my fellow chasers aim to score goals with the quaffle (a volleyball) through the other teams three circular hoops that are supported on poles. There are three chasers and one keeper, who is in charge of defending our hoops. The beaters throw bludgers (dodgeballs) at the opposing teams players – if they hit a player then that player has to dismount and run back to hoops before continuing to play. The snitch is someone dressed in yellow with a sock with a tennis ball in attached to the back of their shorts, and each teams seeker has to try and grab it which will end the game and give their team 30 points. The teams are mixed gender so you have a large variety of players with different skills, which the game encourages you to utilise.

The British Quidditch Cup is held in March every year, with teams from all over Britain fighting it out to be named champion. This year Durhamstrang managed to gain 3rd place, which we were all ecstatic about particularly as we beat the previous years winners on the way and only lost to the team that went on to be the national champions.

Durhamstrang also qualified this year to play at the European Quidditch Cup which was held over Easter in Gallipoli in Italy. The tournament was held over a very hot and sunny weekend with the pitches right next to the beach. 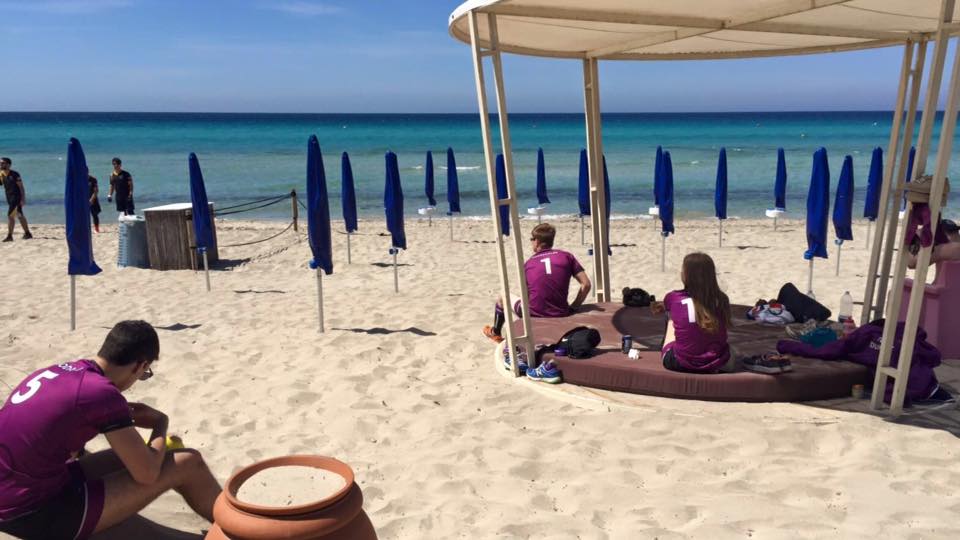 Relaxing on the beach between games. Credit – Caroli Hotels.

Over the weekend Durhamstrang faced off against teams from Italy, France and Belgium winning all except one – which placed us in the top 10 teams of the tournament. We were pleased with this result, particularly as the heat had added an extra level of difficulty for us compared to some teams from warmer countries. 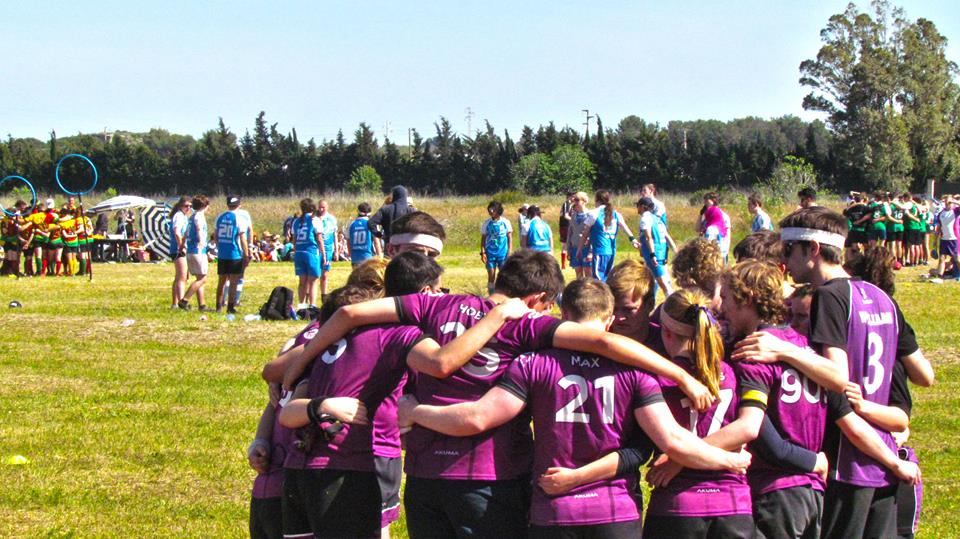 On the Monday after the tournament we all had the chance to explore Gallipoli. We discovered the old town and had fantastic Italian ice cream and seafood. The reason Quidditch tournaments are so much fun is because you get to go on interesting trips with really fun people and I would say that these two weekends were amongst my best experiences of my time at Durham! 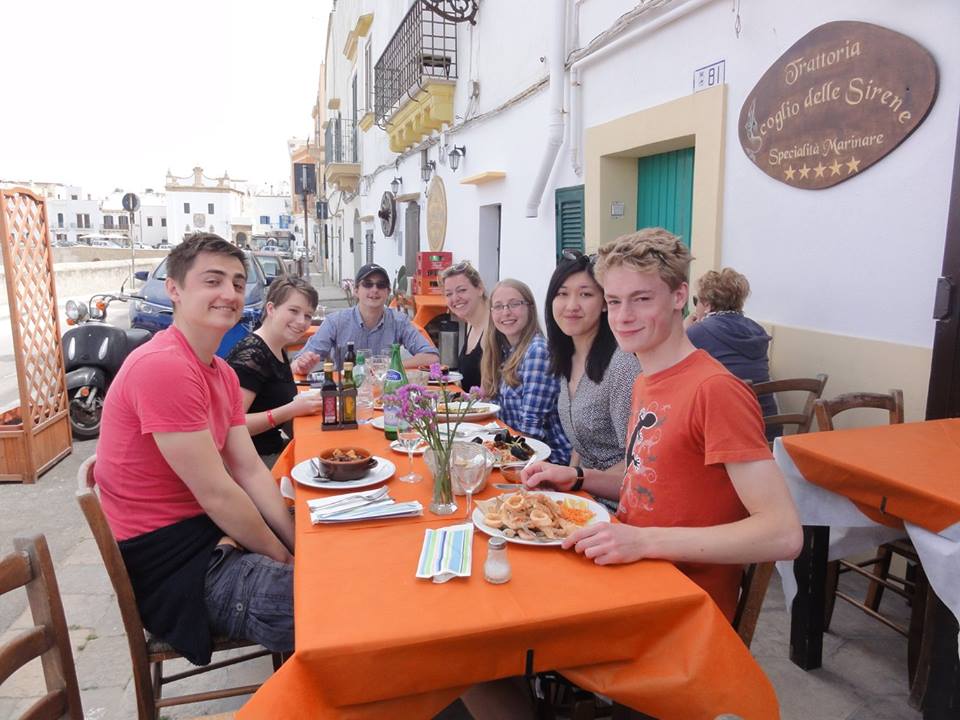 Meal out in the old town in Gallipoli. Credit: Durhamstrang.

I am a Combined Honours Student in Social Sciences. In the first two years of my degree I have studied modules in Politics, Criminology, Sociology and Education. I like to try lots of different activities – since the beginning of my third year I have taken up Improvised Comedy, Classical Dancing and English Corner (an SCA project that allows international students to learn about different parts of English culture and practice their English). I aspire to have a career after University that also allows me to have new experiences and meet people from all over the world.
Share:
Share: