The inaugural College Varsity match between Stephenson College and Josephine Butler College , held this term, is sure to go down in the annals of history as a clash for the ages. Dubbed ‘The Battle of the Howlands’, it was truly about much more than sport.

The University’s decision to move Stephenson college from its location in Stockton into Durham, has led to a degree of criticism over the last eighteen months, but students from the College are adapting to the thought of leaving Teesside and this match has certainly whet their appetite for what Durham City has to offer.

In truth the event was about building relationships and it certainly succeeded in doing that. Spearheading the organisation were both the JCR’s Sports and Societies Officers along with the wonderful support of Team Durham’s Director of College Sport.

On to the action… 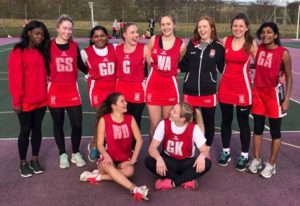 Table tennis kicked us off at Maiden Castle as the 10am fixture and started well for Team Stevo with Michael Song taking a hard fought first match 2 games to 1. The small Stephenson crowd grew excited at the thought that we may take the first point of the day, but it was not to be as Butler showed their class by taking the next 5 matches to win 5-1. So, 1-0 Butler and on to squash…

Having sourced a team for squash, captain Craig Young was confident of a hard-fought contest and a Stephenson win. However, it was clear from the off that Stephenson had underestimated the talent that Butler brought with them and quickly surrendered to a 3-0 deficit and defeat in the match overall. Despite this, the team soldiered on and managed to retain their pride by winning the next two matches to make the final score 3-2 to Butler.

Another 1-point fixture in the bag for Butler and it was beginning to seem like Stevo would never get on the scoreboard. This thought was confounded when Ultimate Frisbee and Mixed Lacrosse, who led at one point, went down 10-4 and 6-2 respectively. 8-0 to Butler in the overall standings was starting to make for bleak reading for the travelling fans.

Then came the heroics 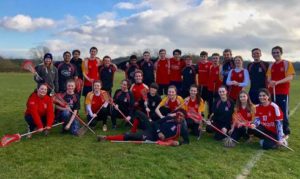 Stevo’s first points were put on the board from a 5-5 draw in the Women’s Football (only denied 3 points by a contentious offside decision) and this was quickly followed by a huge 4-point win for the mixed A and B pool team.

This brought it back to 9.5 – 5.5 and what was to come next was truly breath-taking. In the individual performance of the day, Ciaran Baker, rowed on the ergo machine for an incredible 29,000 metres (more than 9x the distance that Butler rowed in total) to give Stevo an incredible 1 point and to take Stevo within 3!

This obviously put some wind in the sails of Butler’s athletes as they took both the mixed and women’s Netball matches to open up a seven-point lead. Staring defeat in the face Stevo needed something special at this point and got it with the team performance of the day from Men’s Rugby who ran over the Butler team in a 55-10 romp!

Badminton soon followed with a 3-point victory to take us within 3 again and to spark huge excitement that we may actually take this a lot closer than we initially thought.

Fighting to the finish 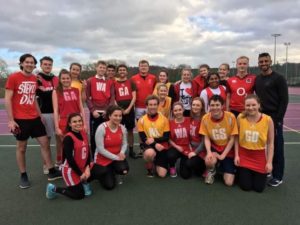 Indeed, as the sun set on a glorious day at Maiden Castle, our mixed hockey team took to the pitch and what followed was the sporting event of the year for Stevo Rangers. Coming together for one special game, there weren’t many who thought much of Team Stevo’s chances here, especially considering the difficulties the women’s team had thus far. Nevertheless, an enthralling match unfolded with Stevo pushing Butler to their limits and incredibly running out as winners on penalty flicks after a 2-2 draw. Unbelievable scenes followed with Stevo back level for the first time since before the contest began and true belief filled the hearts of the adoring Stevo Rangers in attendance. Optimism for the remaining fixtures was high, however, despite this Stevo failed to register another point and finished with a 12-point deficit and defeat in the inaugural ‘Battle of the Howlands’.

Looking to the future

As a Stevo Ranger to the core, the defeat sustained on Saturday is not one to dwell upon but a performance to be incredibly proud of. Indeed, moving forward to the future we hope to see the trophy become a semi-permanent fixture in Stephenson Central as we establish our sporting dominance on the Howlands site!