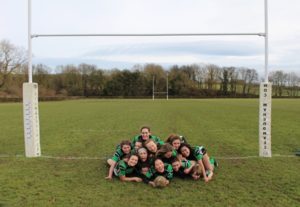 Some of the players in the opposing team look like they would never hurt a fly but I’m still getting butterflies in my stomach. I look around and see all the Cuth’s girls staring at me and waiting for my “thumbs up” to the referee to start the game. Despite having played competitive sport from a young age, I still feel abnormally nervous about representing Cuth’s in the weekly fixtures. Being a captain is really difficult… but so fulfilling!

On the pitch, we have proven ourselves to be a force to be reckoned with as we have maintained an unbeaten streak up to now! However, this is by far not a personal achievement but a team effort as the constant dedication of both the girls and our indispensable coach, Will, has been the recipe for success. Off the pitch, there is ample room for banter and brunch. We truly embody Cuth’s spirit of liveliness! 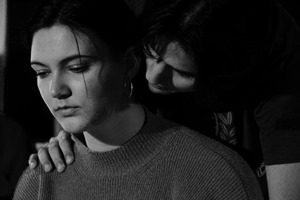 What does a producer actually do? This is one of the most common questions I get asked whenever I mention that I produce for student theatre in Durham. Producing is a flexible and diverse role, it is mainly administrative – scheduling rehearsals, scouting for stage locations or sourcing for costumes. However, it also places emphasis on creativity – I come up with a vision for promotional material, decide on how to brand or market a show and even design or hand-make various props! 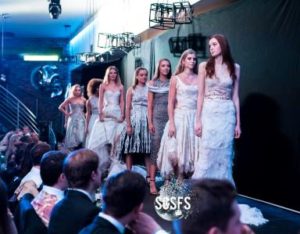 College fashion shows are something that feels very special to us as a university, and it was a privilege to bring this tradition to Cuth’s. The fashion show was a wonderful way to celebrate as a college, bond with other year groups, display the amazing organisation and creative talents of our exec, and all the while raising money for a

wonderful cause; Children North East. Like many of us, studying in Durham was my first time living in the North East, and in choosing to support this particular charity and liaising with them, I’ve felt like I’ve made a real difference to something that really matters to the people I’m surrounded by every day.

I have been involved in charity on a university level since starting at Durham, and spend much of my time serving on the exec for Durham University Charities Komittee (DUCK). However, Cuth’s is very close to my 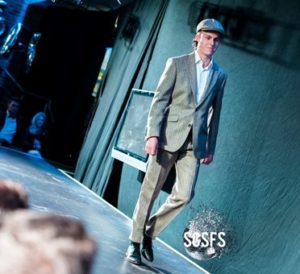 heart, and it was an honour to be able to bring what I’ve learned in DUCK to contribute to a college event such as SCSFS. I don’t think I could have contributed to the show as I did without keeping the values of inclusivity and positivity being a part of Cuth’s has taught me front of mind during the whole process. Putting the show together was such a rewarding challenge; no day was the same. Whether I was contacting the charity to update them on our progress, sprinting around Newcastle picking up auction prizes, or co-ordinating the catwalk, every task led the executive committee and to be increasingly confident, organised and efficient.

But, aside from the skills I have learned, it’s an experience I will remember for the friendships we all made. Like any Cuth’s society, the fashion show brought people together; I was able to reconnect with people I hadn’t seen since first year, as well as making friendships with first and second years I know will last. SCSFS was an intense, weird and wonderful experience and I am ever-grateful to Cuth’s for its continuing support of the event. “Organising Cuth’s fashion show this year was one of the highlights of my Durham experience thus far.”