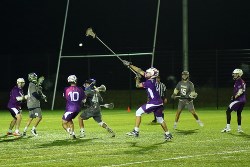 Men’s Lacrosse Club President, Harry Perry, reminisces about his sporting experiences at Durham, as the Club prepare to take on Nottingham Trent in the BUCS Championship Final.

My fondest memories of my time at Durham University will be with the Men’s Lacrosse Club. Whilst being part of the Club I have had the opportunity to hold executive positions such as first team captain, Club President as well as Team Durham Vice-President. I have played with and against professional players as well as take on and beat international teams (such as the English national team).

As a guy who has been obsessed with sport from a young age the opportunity to play sport at the level Durham provides is something of a dream come true. 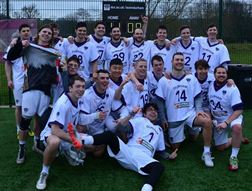 However, my time at Durham has taught me that the benefits of sport go far beyond playing. Some of the most enjoyable moments I have had this year has been watching the Durham men’s lacrosse 3rd team play. 90% of that team have never even heard of, let alone played, the sport before September. Yet, by the end of the year they were beating 1st teams of other universities and punching well above their weight. I have been heavily involved in teaching these guys the sport and to see them come so far is far better than any playing performance I could deliver myself.

The opportunity Durham provides for students in sport is truly remarkable. The college sport system has higher levels of participation than any other university.   Not to mention Durham competes in more than 50 sports in BUCS as well. Sport is one of the best mediums for personal development and I think the platform this provides students is truly something to behold. In my own experience, holding exec positions have taught me so much, it has given me huge amounts of self-confidence and a host of other skills to go along with this.

I would encourage all students to take up some sort of sport at university. You will never have a better chance to try something new. As someone who picked up a new sport later in life I can honestly say it is the best thing I have ever done. The experiences I have had at Durham have been epitomised by sport and the benefits of joining a team of like mined people is unrivalled.

Find out more about the 16 Durham teams competing in the BUCS Championship Finals in Bath www.dur.ac.uk/undergraduate/life/experience/news/?itemno=30880