The origins of Pink Speak 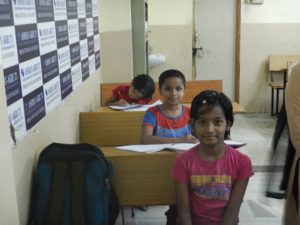 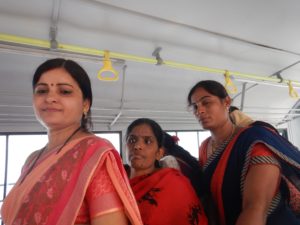 A few weeks before my second year at Durham started, I met a man called Babu. He was in charge of a hearing-impaired school in Hyderabad, India. There are very few schools like it because there is so much stigma attached to being deaf in India. In Hyderabad’s rural communities, mothers are ostracised for giving birth to a hearing-impaired child. Sometimes they move away from their communities and closer to schools like Babu’s. Sometimes they stay in their areas, so if their children are to have an education, the mothers have to travel hours to accompany their children to school each day. Whilst the children were in lessons, the mothers would wait outside every day with nothing to do. They had little education themselves, and so lacked employability skills, no one had ever encouraged them to have personal goals, and they expected to remain locked in a cycle of poverty.

Pink Speak aims to economically empower these mothers, by employing them to solve another one of Hyderabad’s social problems: a lack of menstrual and sanitary education amongst Hyderabadi girls. Instead of having nothing to do whilst their children are at school, the mothers now produce underwear and educate girls about periods and keeping themselves clean. In September, I conducted a needs assessment with two other Enactus students (Jai and Fiona), and we found out that the girls often only own two pairs of underwear and lack sanitary education. 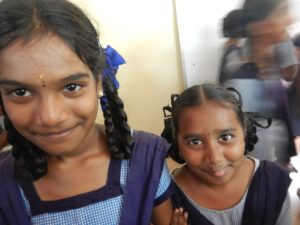 The mothers at Pink Speak have undergone traumatic experiences, because of their gender, poor backgrounds and their children’s disabilities. Pink Speak calms their worries about their children, because Babu lets the mothers use a schoolroom to work in, so the children are always close by. This means the mothers can focus on learning the skills they need to run Pink Speak, and gaining their own informal education.

Pink Speak is the mothers’ proudest achievement. They love their job, because they get to help girls from backgrounds similar to their own, and educate them about things which their communities don’t talk about – periods and menstrual hygiene. The name ‘Pink Speak’ was chosen by the mothers, to symbolise how they were working towards giving young girls a voice to talk about menstruation, and giving their own hearing-impaired children a voice in society, through providing a financially stable future for them.

How are students from Enactus Durham involved?

A Durham-based charity called ‘Many Hands’ set up Pink Speak in my first year at university, and then approached Enactus Durham over the summer, so we could work together in turning Pink Speak into a viable sustainable business, which the mothers could run by themselves. The Careers and Enterprise Centre funded me, Fiona and Jai to go to Hyderabad in September. 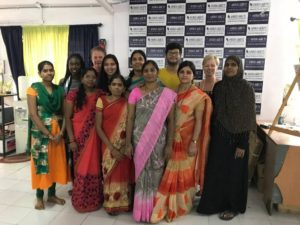 There, we conducted thorough needs assessments to understand the nuances of the problems which the mothers and girls face. We also reviewed the existing supply chain and reworked price-cost model, which cut Pink Speak’s projected losses by nearly 40%. We also created a corporate proposal, because the Pink Speak business model relies upon corporates to place orders.

When we came back to Durham in October, we conducted lots of interviews to find more students to work on Pink Speak. We now have a fantastic and dedicated team of nine students working on the project, who have worked on finance, marketing, corporate proposals, the underwear design, education and impact assessment.

Our social media pages are really important to the project now, because the more reach we have, the more attractive Pink Speak appears to Indian corporates! This is really important for Pink Speak’s long-term plan, because we aim for it to be a sustainable social-enterprise which can run without outside help, by summer 2021.