I’m going to be totally honest with you. When I first started thinking about Durham, a long, long time ago, being in an a cappella choir was not high on my agenda. I had funk on the brain then, as I do to this day. And yet I have to admit that if it weren’t for the efforts of a very dear friend of mine, I might have missed out on what have been the very best experiences of my time here at Durham University.

That was two years ago, when the star of Durham’s first a cappella choir was on the ascendant. Since then it’s gone from strength to strength, churning out some stellar singles, EPs and three years of shows at the Edinburgh Fringe to an ever-growing fan base, with the support of Music Durham. Coming back to it from a year spent abroad was every bit as exciting as leaving it will be heart-breaking to leave it for a second time. 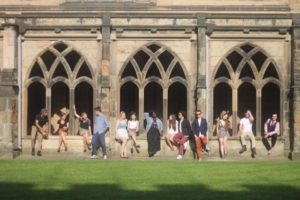 What is it exactly that goes on inside in a cappella choir behind the scenes? Is it just like Pitch Perfect? I kind of wish I could answer that. The truth is, I’ve never seen Pitch Perfect. But I don’t think you need to in order to appreciate the a cappella vibe. It’s got a certain charm of its own. It occupies that niche somewhere between a choir and a function band. To me, it’s the Lights, no other description needed. To everybody else, it’s Northern Lights A Cappella Choir. One of these days, somebody will catch on to the shorthand form, I’m sure.

What makes being one of the Lights so special is the sheer diversity of music we get through. A cappella as a genre is as flexible as the hands that write it, and we’ve had some very experienced musical directors at the reins over the years. Most a cappella groups around the world have their calling card, be it their outfits, their style or their music taste. We’re a mixed group, which poses something of a challenge when it comes to seeking the blend that is so sacred to a cappella choirs, but it’s something we’ve learned to play on and it makes us all the more – dare I say it? – like a family.

Is it hard work? Of course. Is there drama? You bet.  Do I prioritise the group over just about everything? Guilty as charged, your honour. With the number of rehearsals per week on par with the number of contact hours in my diary, being one of the Lights is a big commitment…

Even so, that’s still a hefty average of five to six hours of rehearsals a week. But it’s worth every second for that incredible feeling I get when we end our set for the night to tumultuous applause with the last note ringing in my ears. It’s a subtle reminder that music is something that ignites all of the senses. A good concert should send fireworks off in your heart, and, for me at least, the Lights do just that. 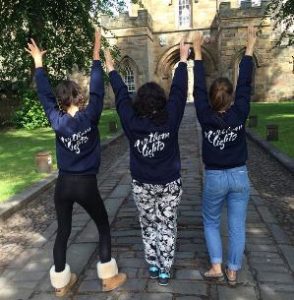 Outside of our regular appearances at college gigs and other functions, the upcoming concert at the Gala will be our first major stage show, mikes, lights and all. I strongly urge you to join us for the night and let us take you on a wild ride through our repertoire. And if you get even half the kick out of it that I do, you’ll be halfway to nirvana – and maybe you’ll understand why being in the Lights will be my fondest memory of my time at Durham.

Northern Lights are performing at Durham’s Gala Theatre in the city centre, Tuesday 31 January 2017, so go along and see them live!

Benjamin Barnabas is a fourth-year at Durham studying Spanish, and sings Tenor in Northern Lights. Contrary to the popular impression that he exists solely for a cappella, he is also an avid naturalist, writer, linguist, funk aficionado and all-round Hispanophile.
Share:
Share: