My transformation from UG to PG

The poet T. S. Eliot once noted that he measured out his life in coffee spoons. As a recent graduate, this is a sentiment I can relate to with painful certainty. For three years, I would embark upon a daily schedule of coffee breaks, punctuated with lectures, essay-writing, rowing, and the occasional appearance in Tutor meetings. Coffee shops became my workstations and meeting-houses, and libraries the necessary evil when e-Books wouldn’t suit.

The whirlwind life of an undergraduate suited me, allowing me the freedom to explore my subject, not nervous about producing ground-breaking research or writing outstanding academic papers. I could slip into the English Faculty unnoticed; a little fish in a big pond. I could enjoy reading the intellectual theories of those who had walked before me in the subject, and study anything I desired, from Hamlet to Fifty Shades. The real outstanding thinking in my subject, I believed, was the job of postgraduate students and lecturers; those people who had chosen to dedicate time to their pursuit of academic rigour and enlightenment. 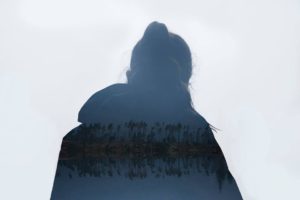 I looked upon Postgraduates with a shy sense of awe and jealousy: they were passionate about a tiny corner of literature, to the extent that they’d signed up to another year or more at university, and voluntarily incurred the accompanying financial burden. They didn’t spend their mornings in coffee shops, nor their afternoons on the water, paddling up and down the river. They, instead, spent entire days in a state of constant perusal; book in hand, pen in mouth, a faint look of inquisition etched upon their faces. They were, to me, mythic creatures of heightened brain-power: a role I hoped I could someday emulate, but simultaneously wasn’t going to kid myself about being able to do so.

As my undergraduate years came to a close, though, I was forced to give thought to the next step. And, in a feat of true indecisiveness, I took the path frequently travelled by English Literature graduates: the MA. It was in early January that I tentatively pressed ‘send’ on a myriad of applications, hoping against all else that one of the institutions I’d picked would be kind enough to house me, and my vaguely academic curiosities, for the next year. Suddenly, I had found myself entering the sphere of academic life. I too was one of those mythical MA creatures I’d observed.

Fast-forward nine months, and I am wearing a gown, matriculating at Durham. I am officially an MA student, and I can already feel the grip of paralysing self-doubt creep in around the edges of my pseudo-excited grin as seminars get underway. I had chosen modules to reflect my love of poetry, as well as my inherent laziness at the prospect of tackling entire novels on a weekly basis. It was all exciting, sparkly, and new.

As a tutor handily explained in an induction seminar, the MA is the first time a student can really ‘get to grips’ with their academic curiosities, and use their dissertation as a form of critical identification. It should be my first intellectual expedition of sorts, which is how I came to be settled on the literature of Cumbria. Having grown up on a farm in the Howgill Fells, the Lake District was my playground. More latterly I’ve explored new mountainous heights, and surveyed new landscapes. I’ve grown up with the tales of Peter Rabbit, as well as the poetry of Cumbrian farmers, spoken in the original dialect. I’ve fallen in love with Wordsworth’s syntax, and Norman Nicholson’s prosody. They’ve shaped how I see the landscape and how I identify my own connection to it. 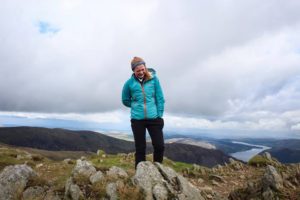 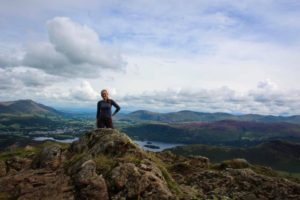 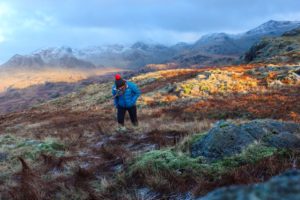 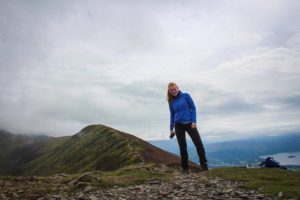 And thus my MA dissertation offers me the chance to combine both my academic and home lives in a state of intellectual interplay: both worlds have lived in harmony so far, but the real test will be how I bring them together, displaying not only my fondness for the hills and lakes of Cumbria, but also the appreciation I have for literary representations of the area that have come before my own. I’m finally learning what it is to be a true ‘researcher’: finding that which I am passionate about, and transforming it into something that may spark the interest of the next generation, much like the words and works of my lecturers and tutors have done for me.