‘Many Languages, One World’ essay competition by Sophia Smith-Galer

Hi, I’m Sophia Smith-Galer, a student at St. Mary’s college, and I have just graduated from Durham with a degree in Spanish and Arabic.  I will be one of 60 delegates going to New York in July after winning the 2016 ‘Many Languages, One World’ essay competition.  10 candidates represent each UN language and we’ll spend a week working on the UN’s Global Youth Forum after which I will be giving a presentation in Arabic about global citizenship at the United Nations’ headquarters.

I first heard about the competition via Twitter and entered straight away, given how impressive it looked.  The objective was to write about the importance of multilingualism in global citizenship in one of the official languages of the United Nations, the caveat being that the language couldn’t be your mother tongue or your primary language of instruction.  Within the essay itself, entrants had to refer to their academic, cultural and national context, as well as including specific personal experiences about how being multilingual has advanced their cultural understanding.

I am quite lucky that I will now be leaving Durham as trilingual in three official United Nations’ languages, having studied Spanish and Arabic here, but I decided to enter my essay in Arabic.  Very few schools and universi 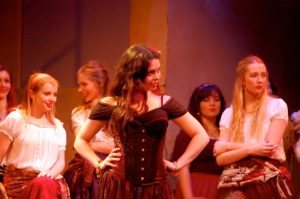 ties in the UK offer Arabic as a language, so I began learning ab inicio as a fresher alongside post A-level Spanish despite years of preparing myself to enter conservatoire and eventually become an opera singer.  My decision to study languages at university instead – particularly one as difficult as Arabic – has, thankfully, been one of my proudest achievements to date. When I first decided to study Arabic, most people thought I was a bit crazy to involve myself in one of the most bellicose and volatile regions in the world; however, as I suspected and eventually came to confirm for myself when I lived in Beirut, Lebanon, there is much more to the Arab world than the limited and often reductive perspective we get from the media.

In my essay I subsequently decided to talk about how speaking Arabic has expanded my cultural understanding as well as contextual knowledge of today’s most polemic issues and conflicts. In terms of personal development, I talked about how my musical grounding united with my languages to experience a side of Beirut that would have otherwise gone undiscovered. 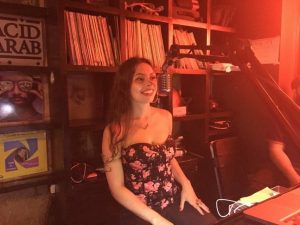 show at Radio Beirut, the Middle East’s first radio café, for seven months, where I interviewed some of the Middle East’s greatest musicians, and I even had the chance to sing on Lebanese television in a segment about a new music academy.  In my spare time I ran music and drama workshops with Syrian refugee children and I was endlessly overwhelmed by their vitality, creativity and endurance in the face of such adversity.  Back at university, I have been the first student to sing in Arabic for the Durham Opera Ensemble and I am now helping to organise the Palestine Youth Orchestra’s first UK tour this summer.

After a rigorous Skype interview (again completely in Arabic) I found out that I would be one of 10 students from across the world representing Arabic at the United Nations’ headquarters.  I really cannot believe how lucky I have been, but ultimately I have to thank the wonderful teaching both at Durham University and at the Institut Français du Proche Orient in Beirut for how far my Arabic has come along.  Winning this prize has been a perfect way to end my time studying at Durham University and I cannot wait to represent Durham in New York.