Learning a language from scratch

Here at Durham, hundreds of students every year choose to take up an ab-initio language – in other words, they arrive knowing not a single word and learn the language from scratch, finishing their first year at approximately A-level standard.

Choose your language (or languages!) 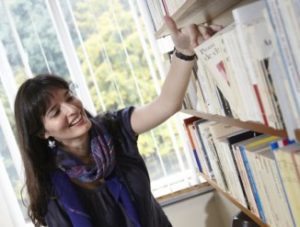 The School of Modern Languages and Cultures offers core language modules and also boasts a wide range of cultural modules ranging from literature, cultural history, visual arts and translation relevant to each language. If you take Modern Languages and Cultures BA, you can choose to study either one, two or three languages; only one may be studied from scratch. You can choose from Arabic, German, Italian, Spanish and Russian. French can’t be studied ab-initio – however, it can of course be combined with any of the above languages if it is studied Post A-Level.

At Durham we also have the opportunity to take Chinese Studies BA and Japanese Studies BA. Liberal Arts BA and Combined Honours BA allow you to combine the study of a language with other subjects. Plus, we have Modern Languages with History BA, which allows you to study history alongside a language either from beginners’ level or from having studied it at A-level.

As a first-year student of Modern Languages and Cultures, I chose to take the maximum of three languages! Having studied French and German to A-level standard, I opted to continue with both of these and to take up Italian ab-initio alongside them. It’s one of the best decisions I could have made! 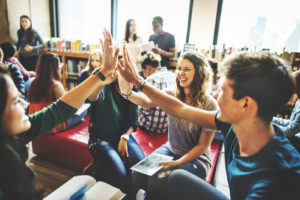 This means I studied the three languages in equal proportions; two French modules, two German modules and one Italian module (Italian Language 1B) which is a double module due to it being an intense and fast-paced ab-initio course! This has suited me perfectly this year; the languages themselves are what interest me most as I’d like to go into translation in the future. I like challenges and taking all three has definitely taught me to balance and manage my time well. I also found it refreshing to be able to start from scratch with Italian and learn the basics, especially when some of the high-level French and German grammar began to take its toll! At the very beginning I did consider it might be too much of a challenge to take three languages but the hard work has definitely been worth it. The Italian department at Durham are so supportive and friendly that it has genuinely been so enjoyable and worthwhile. My only dilemma is which language to drop for next year!

I asked some other ab-initio students for their opinions of their chosen languages and whether they had any advice for those thinking of studying them too.

Lauren (French and German post A-Level with Spanish ab-initio) said she liked the fact that everyone is in the same boat at the start so there is really nothing to worry about. Her advice was to try out a bit of the language you’re interested in before coming to Durham, on websites like Duolingo so you can get a feel for it by learning some introductory phrases like hello/nationalities. She liked watching YouTube videos for basic phrases and to listen to the alphabet and numbers so you can hear how they sound. Watching movies and TV series on Netflix is a really good way to get a feel for the sound of the language – she watched Narcos and said it was fab! You could also listen to some music in the target language on Spotify where there’s loads of songs and you can look at the charts and see what’s trending in different countries which is so cool! If you work at it and keep going and by the end of the year you’ll have surprised yourself at how much you’ve learned without even realising!

y to do it was to keep learning vocab constantly even if it can be a bit tedious sometimes, it really pays off in the end! She recommended getting started with the vocab learning early on because using apps like Quizlet and Memrise really makes learning the vocab so much easier. You can also create lists and go over unknown vocab that comes up in class/exercises/texts too and look them up and learn them. Jake (French with ab-initio German) said that watching children’s TV is really helpful because the pace is much easier to understand – apparently German Peppa Pig is a classic!

My advice is to use your other languages to help (especially when it comes to the Romance languages, French/Italian/Spanish which have similarities) when you’re at the very early stages. I like to keep a personal vocab list and try to add to it every week; learning as you go rather than all at once is so much easier. It also reduces the need to cram hundreds of words before the exam if you learn them over the course of the year!

Then I asked Anna (German and Russian ab-initio) some questions about taking a language from scratch and also being a language student in a country where her native language isn’t spoken. 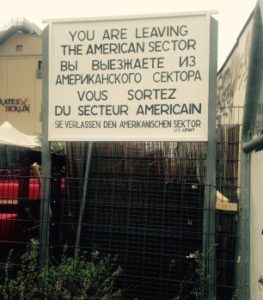 How hard is Russian?

“I would say that it was very intensive and challenging, but I really enjoyed it. I loved being among people who have the same interest or passion about Russian, as I do.”

“Sometimes it does, when we learn a word which is similar in German, or sometimes it just so happens that a grammatical rule is similar to one in German. But at the end of the day, the two languages are still different, so German was not much help. Surprisingly sometimes Hungarian helped too. But I think probably because we lived together with Russians for a long time during history, we just like “adopted” some words from Russian.”

What is it like taking a languages degree in a country where your native language isn’t spoken?

“It was definitely a new experience for me. It still is, because when you are in a foreign country, every day you find something new or you find yourself in new situations. I like that I can improve my English and my German and my Russian at the same time. In the beginning, it was hard for me to start talking. I was thinking too much about rules or which word follows which. Since I’m studying languages it was quite a big problem. But honestly it takes about 2-3 weeks and you stop thinking. I’m sure my English would have never improved so much if I had not come to the UK. It’s so true that the best and fastest way to learn a language is to go the country where the language is spoken. On the other hand, you have to concentrate all the time, which is tiring, especially in the first 1-2 months. Sometimes I’m afraid of missing or misunderstanding things. All things considered, I can only recommend to everyone who learns a language.

Whether you want to study, or just enjoy another language, there are loads of language and cultural student societies to join at Durham, from African Caribbean to Welsh! To get involved with their events and activities visit the Students’ Union Groups webpage for more information

Read Kathryn’s Blog about the Romance Languages Society Ball to find out about the social side of linguistic life at Durham!