It’s not all string quartets …

Durham University Rock Society is a relatively small but wonderful group of people who love their music, both appreciation and performance aspects. And their music is not just heavy metal or hard rock, either, but an eclectic mix of genres; something that is abundantly clear if ever you have been to one of their sister society’s events: Full Collapse held in Hild Bede. At this event you will find people compiling their own sets for the enjoyment of everyone present, with music ranging from Pop Punk to Power Metal, to Alternative Rock, to Classic Rock. And that’s just one night of music! 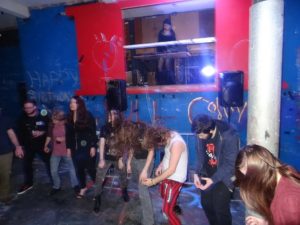 The collaboration between Rock Society and Full Collapse has lead to bigger events, too. Their main one being Band Night, which happens around the end of third term, after all the exams are out of the way, and everyone’s in the swing of post-exam celebrations. This night is great fun, and was actually the first time that I was ever introduced to the Rock Society. Not only did I have a great time, but I met some really friendly and inclusive people, too. They also put on their own gigs; last term the President of Rock Society organised a Gig Night, which was held at Empty Shop. Here’s the link for the photos of the night, where you can see Ellipses, Gecko, and Judas, the latter of whom played the main stage Leeds Fest last year:  as well as the review done by a fellow RockSoc member. I soon realised that they don’t just love their music, either.

Aside from putting on big gigs, they also cater for their own bands, promoting them and having them play at gigs, so that they are heard and get some stage time. They do not just help their own people, but also open their doors for those who are not even a part of the university. They have non-university members, which highlights their inclusivity stretching out to the community, and also their generous disposition. 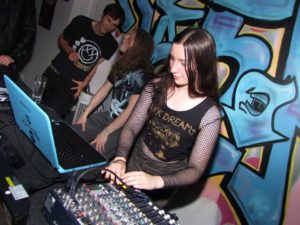 They do plenty of socials. One of these events was a day trip to Newcastle, where we all went paintballing. It was brilliant, and not just because you got to playfully shoot paint at each other and run and dodge everything, but also because you come to realise that they will make sure to include you in what they do. Rock Society also does things closer to home, as well. They regularly have bar crawls, and they even do Games and Movie nights. But I’ll get to the latter in a minute.

The social events the Rock Society host sometimes have a theme, and sometimes they don’t. It doesn’t matter either way, because they’re all really chilled out people. One person once said to the President: ‘Coming out here tonight with you guys is the first time I’ve felt relaxed in Durham. As well as being relaxed with their socials, they do not simply go to all the normal places where you would expect to go. They frequent other places, most notably Head of Steam just off North Road, which serves as a great alternative night to that spent in any mainstream club. 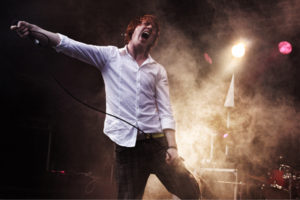 They also hold Games and Movie nights, which are even more relaxed. They are pretty self-explanatory, and more often than not involve pizza and, let’s be fair here, who doesn’t love pizza? And what’s not to love about taking a night off from university work and hanging out with a group of friendly, inclusive people, and eating pizza?

Durham University Rock Society is not just a society that is there for those who enjoy their alternative music, but for anyone and everyone. They are welcoming, accommodating, and before you know it, you will quickly become a part of a group of people whom you will wonder what you did without before you met them.

Find out more about the Rock Society