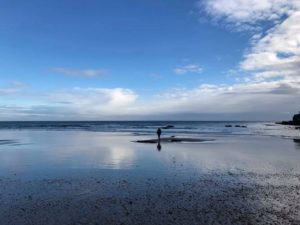 ‘…and in a moment they heard the soldiers shouting, “The Sea! The Sea!” and passing the word along. Then all the troops of the rear-guard likewise broke into a run, and the pack animals began racing ahead and the horses’.
Xenophon, Anabasis, 4.7.24, translated by Carleton L. Brownson

Similar cries to Xenophon’s famous ‘Thalatta! Thalatta!’ were uttered one cold February morning when my friend and fellow Cypriot Georgina and I laid eyes on the sea. We tried to tone it down for the sake of everyone else on our bus, but it was hard to control our enthusiasm. Seeing the sea was like homecoming, a burst of joy, a strange reconnection. 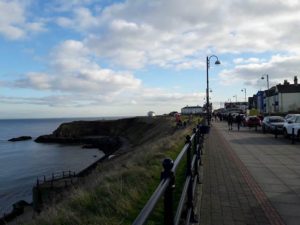 This was a Saturday we decided to make the most of, amid looming summative deadlines, stress and an ever-present homesickness. I had some very exciting (no, seriously, I’m talking exclamation marks excitement) time researching County Durham, to inevitably end up with a personal North East bucket list of things I want to see and visit and do in the precious time that I have here (so do stay tuned for more).

I’ve now made a start. We were gifted sunny weather, got off the bus and ran straight to the beach.

At low tide, we stood taking in the amazing things the water had left behind: sea shells, sea glass, wave-carved rocks, little pools where the seagulls would congregate. The sea floor was opened up to us and we spent a good hour waddling around, jumping from rock to rock, enjoying the sunshine and the company of many dogs with their human companions (but let’s admit it, primarily the company of dogs).

We then strayed into Seaham’s Harbour Marina, wandered into the East Durham Heritage and Lifeboat Centre and learned about the tragic story of the George Elmy lifeboat. To see the restored boat itself gave us shivers. 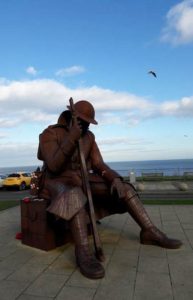 Feeling increasingly like we knew more and more about Seaham, we walked along the coastline, encountering the famous ‘Tommy’, formally named ‘1011’, a sculpture of a WWI soldier by Ray Lonsdale, underneath which is buried a time capsule for future generations, both facts that kept us staring for a while.

Church of St Mary the Virgin

Our walk led us to the Saxon church of St Mary the Virgin, a building rather amazingly dating back to the 7th-8th century, grade I listed and considered to be among the 20 oldest churches in England. As is probably obvious by the listing of facts, we were really excited (exclamation marks!!!) to be able to visit this church and awed to wander around its graveyard, learning about those buried there, amongst the blooming snowdrops and daffodil shoots (including a pirate!).

Footpath between St Mary the Virgin and New Drive 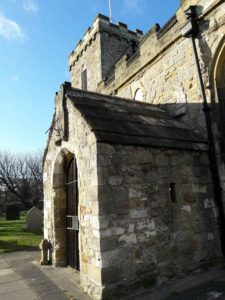 Church of St Mary the Virgin

Leaving the church, we followed a footpath into the nearby woodlands, a place of elvish beauty that looked astonishing in the crisp sunshine, and gave us an also astonishing view of Seaham Hall from the south.

As the sun set and the sky began to grow orange, we sat on a bench overlooking the beach, having ice cream from Lickety Split Creamery with big, child-like smiles.

We returned home content, gently reminded how lucky we are to have the chance to be here, on the planet and in County Durham. How we are surrounded by places of infinite beauty, waiting for us to explore, and how welcome two random Cypriots can be made to feel as the North East embraces them, gives them space, and quietly lets them enjoy its many blessings. 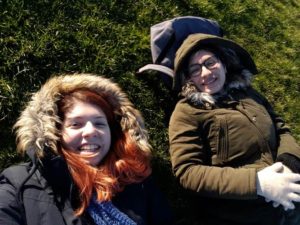 Overwhelmed with a sense of gratitude, with the company of the sea’s reassuring sighing in the form of the waves, we found a sunny patch of grass and simply lay down, giddy in the happiness of the moment.

If you fancy a day out in Seaham, remember that you can get to Seaham in 55 minutes on the IndiGo 265 bus – student day tickets are £3.80.