Easter travels in Edinburgh and York

I am finally taking a break from some essays to post a blog about Spring Break travels!

Over the Easter holidays, my friend Kelsey visited me from Spain! We used to work together at the University of California Education Abroad Centre and she is now living in Spain!

We met at the airport in Edinburgh and went straight to our hostel –Budget Backpackers! I absolutely love this hostel–it’s very safe and in a perfect location in the city. We s 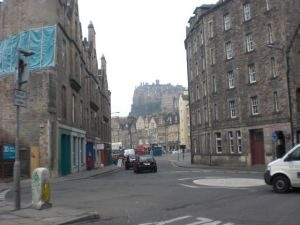 tayed in a 4 person room but no one else turned up so we had it to ourselves!) Here is the view from our hostel.

In the morning we went with our hostel on a free tour of the city. A lot of hostels offer free tours so it is a great chance to check out the city for free! We learned the legend of John Gray’s dog Bobby, who sat on his masters grave for years after he died. A pub is now named after him. 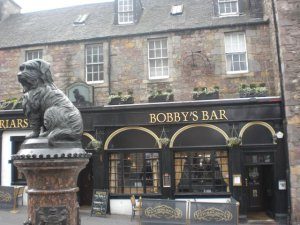 There was also quite a bit of Harry Potter trivia. According to our tour guide, George Heriot’s School inspired JK Rowling for the idea of Hogwarts! She said that children who could not afford the school used to look at it through the gates and call it a school for wizards. I’m not sure how true it is but it is a gorgeous school!

On the tour, Kelsey and I made some new friends from our hostel, one from the US and the other from Australia! Hostels are a great way to meet people when traveling. We all went to the Edinburgh Castle together for the afternoon.

After the castle, we went to the Elephant Bar, where JK Rolling wrote Harry Potter (yes we had a nerdy HP day!). We had elephant-shaped shortbreads and some hot drinks! 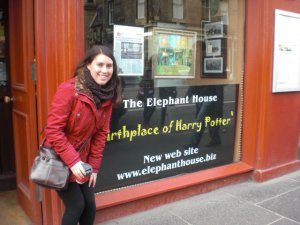 After a pub dinner and a night of dancing, we went back to our hostel!

The next morning we took a first class train to Durham since it was only about £5 extra! They really pamper you in the first class section, with free tea, breakfast, and snacks.  I showed my friend around Durham a bit and we walked along the river then went on a countryside run!

The next day we took a train to York! It was a gorgeous day and we had a picnic by the daffodils before heading up to climb the York Minster. 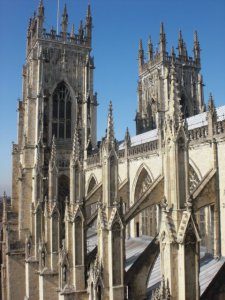 Then we, of course, had to go to Betty’s to have a very traditional English cup of tea with scones! The waitresses at Betty’s were so friendly and the food was amazing! There are 2 Betty’s in York and 3 more scattered throughout Yorkshire. We went to the smaller one in York because it was a bit less busy. We then bought a few snacks in Bettys to eat out in the sun!

There are 2 Betty’s in York and 3 more scattered throughout Yorkshire. We went to the smaller one in York because it was a bit less busy. We then bought a few snacks in Bettys to eat out in the sun! 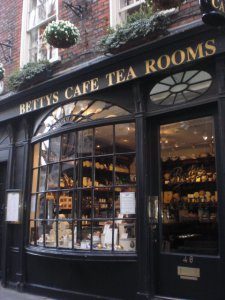 After our massive treat, we decided to walk it off along the wall surrounding York. This is my favorite part of the city and the Roman wall stretches for just under 3 miles.

After our nice walk, we ate in a haunted pub for dinner and then went on a ghost tour of the city. Our tour guide was hilarious and we spent the whole time laughing!

After the tour, we took the train back to Durham. The next day in Durham, we met some friends for lunch at Zen–my favorite restaurant in Durham. The Thai food there is incredible! We also explored the Durham Cathedral a bit before she headed back to the airport.  I had a lovely time showing Kelsey around and it made me realise how lucky I am to live in such an incredible country!:) 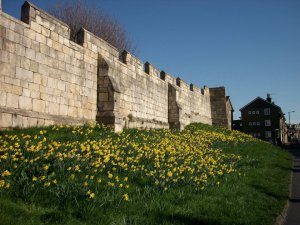 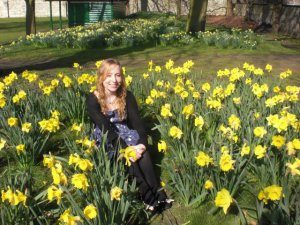