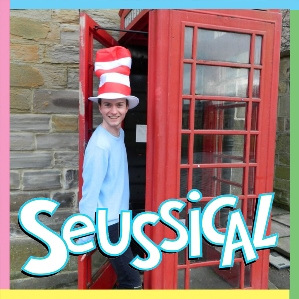 Seussical, the Broadway and West End musical, is a show based on the magical tales of Dr Seuss. It features the world-renowned characters in a brand-new story, using Dr Seuss’s infamous signature style. DULOG (Durham University Light Opera Group) has chosen to take on Seussical as the Gala production; the biggest show of the year in Durham Student Theatre.

Seussical, narrated by The Cat in the Hat, follows the story of Horton (Horton Hears a Who!) who discovers a speck of dust containing a Who community, along with his soon to be best friend Jojo, and vows to protect them from danger. He faces many challenges along the way, and meets some of Dr Seuss’s most-loved characters including Thing 1 and Thing 2, Gertrude McFuzz and Mayzie La Bird. 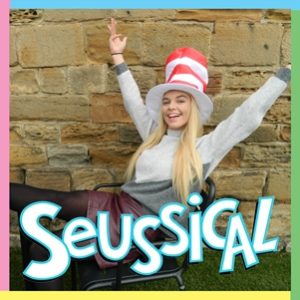 DULOG has had many successes at Durham’s Gala Theatre, the city’s professional venue, including its sell-out production of Spamalot last year. The extravagant and fun nature of the world of Dr Seuss, fits with the size and scale of the Gala show and allows the creative team to rise to the challenge.

Some of the cast and creatives talked about their involvement in the show:

What made you take part in this year’s Gala show?

Daniel Thomas (Actor): I didn’t want to miss the opportunity to perform such a fun show on the Gala stage, and with such a great bunch of people.

Lucy Knight (Director): I love Dr. Seuss and I love directing and it’s going to be a great show!

Millie Blair (Assistant Choreographer): I was in the ensemble for the show (Spamalot) last year and loved every second, so I knew I had to go for it again one way or another. Between then and now I’d done a bit of choreography in Durham so thought I’d set myself the challenge of choreographing the biggest musical of the year!

What are you most looking forward to about performing in/being involved with Seussical?

Daniel: I’m most looking forward to opening night on that Gala stage, I suspect it will be quite the surreal moment.

Joanna Boyle (Assistant Director): I’m really excited to work with the actors to get out the animalistic qualities of the characters and really tell the story.

Lucy: I can’t wait to watch Elliot (Horton) and Rosie (Jojo) sing ‘Alone in the Universe’ – it’s my favourite song in the show and I know they’ll sing it beautifully.

Millie: Seeing Kennedy’s and my work on the Gala stage is a big one, but above all I think the sheer joy in rehearsing such an uplifting show with a bunch of brilliant performers and people. 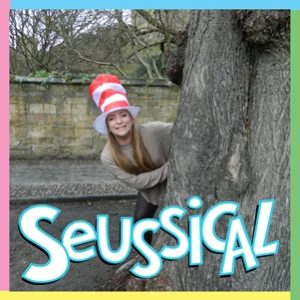 What’s your favourite song from the show?

Daniel: My favourite song is Alone in the Universe, it’s just so beautiful!

Millie: 100% Biggest Blame Fool. It’s funky with a load of attitude and obviously has a load of opportunities for some fun choreography!

Why should people buy tickets for the show?

Millie: Seussical is just a spectacle of colour, comedy and child-like imagination with the sole purpose of entertaining. If you don’t want to see that kind of show then you’re a cold-hearted snake. Sorry bout it.

Daniel: People should buy tickets for the show because, well, they just don’t want to miss this!

Joanna: Seussical is a wonderful musical, bringing Dr Seuss to life on stage through its humour and catchy songs – students, adults and children will all get something special from it – and it will be quite something to see it come together!

Lucy: It’s going to be spectacular.

Suessical is running from 16th-20th January at the Gala Theatre. Get your tickets now at: https://www.galadurham.co.uk/ or in the box office at the theatre. This is not a show to be missed!