Diwali Celebration at the Oriental Museum

Durham University organised a Diwali celebration at the Oriental Museum on October 30, 2016. For those who don’t know what Diwali, or Deepawali is, it is a Hindu festival celebrated to commemorate the return of Lord Rama to his kingdom Ayodhya after killing Ravana, the King of Lanka, who abducted his wife Sita during their 14 years in exile. The name Deepawali, often shortened to Diwali translates to a row of earthen lamps and as the name suggests, it is called the “Festival of Lights”. 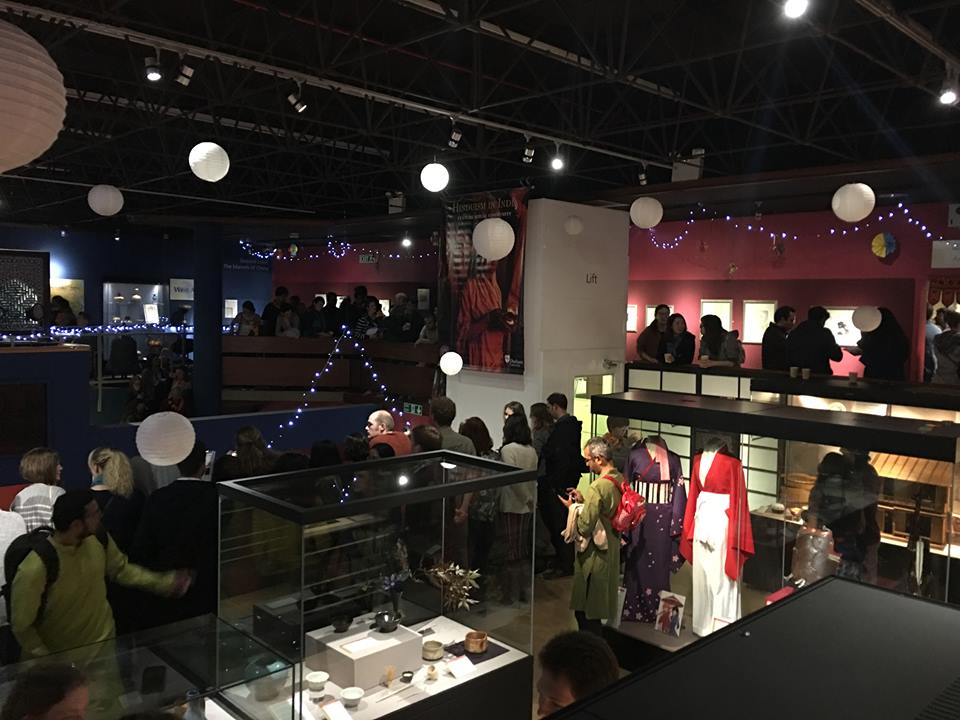 I walked into the Oriental Museum with my friends and was simply awestruck by the magnificence of the place. Colourful flowers, lights, lamps and rangolis (an art piece made with coloured powder or flowers on the floor) embellished the place like never before. An aura of dynamism gripped the ambience throughout the evening as students, staff, Indian families from in and around Durham and people from different countries and walks of life came together to savour the festivities and experience the grandeur of Diwali. The highlights included tasting traditional Indian food that included savoury dishes like pakoras, samosas, mango pickle, mango chutney, garlic and coriander naan and stuffed rolls, sweets like laddoos, coconut malai and barfi, and drinks like chai and mango juice. 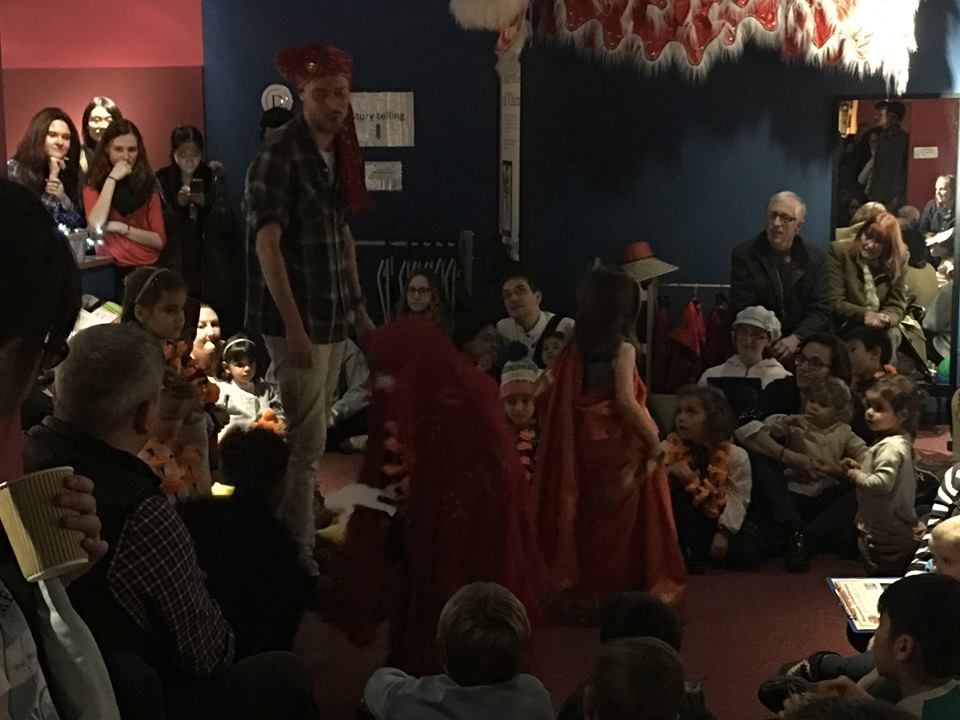 This was accompanied by traditional storytelling to kids– a narration of the Hindu epic Ramayana, the legend behind the festival. As an Indian, it was an absolute delight to hear a narration of the Ramayana in English for the first time and watching adorable little British kids acting as characters of the story made my day! 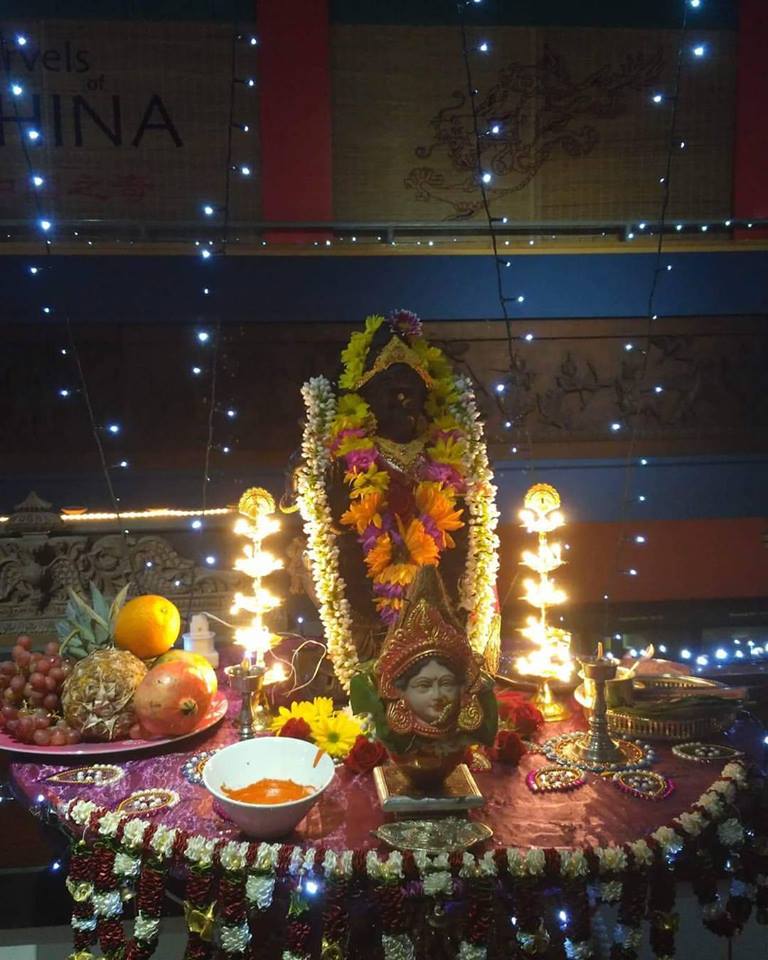 This was followed by the most important event of the day, the Lakshmi Puja. Lakshmi is the Hindu Goddess of wealth, who is worshipped on Diwali along with Lord Ganesha – the elephant God, who is the God of Good Fortune in Hindu mythology. People sing aarti (a traditional song) in praise of the God and the Goddess and pray for good fortune and prosperity, offering flowers, sweets, fruits and other traditional things. After the Lakshmi Puja, kids enthralled the audience with a Bharatnatyam (South Indian Classical Dance) performance and a melodious Indian classical song. There were plenty of activities for both kids and adults to learn more about Diwali.

Coming from India, while Diwali isn’t something new to me, what made it special was watching the University and staff put in efforts to celebrate the festival and uphold the spirit of brotherhood and joy these festivals are meant to foster. The enthusiasm of the organisers and the willingness of people from different cultures and religions all over the world to come together and participate in the fiesta, and even non-Indians being decked-up in Indian attire gave me immense joy. I obviously missed the grandiloquence of Diwali back at my home in India, however this celebration was something that made me feel ecstatic how welcoming the University is, and I shall cherish the day throughout my life.

Recent graduate and blogger for the University, I studied Computer Science at St Hild & St Bede, originally from India. Always seeking new experiences, yet passionate about technology, languages and badminton - I am now a Software Engineer in London and currently teaching the world new languages as a Duolingo course creator.
Share:
Share: