For the 43rd year in a row over 120 students have come together to produce the Durham Drama Festival. From the 4 -11 February the student theatre community of Durham will perform nine full length shows and five extracts, all written, directed, teched and performed by students. The annual Drama Festival is a wonderful opportunity to see a myriad of student talent, stretching across all genres and cultures. There will also be workshops happening throughout the week, given by five theatre professionals who will also judge the shows. To give you a little taster of what we have in store, here is a blog voiced by four completely different members of the festival, imparting their wisdom and opinions for the week ahead… 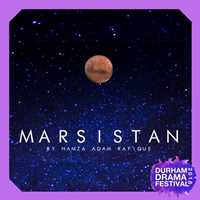 Hamza is the writer and director of Marsistan, a heartfelt and socially aware drama performing at Cademon Hall, Hild Bede College, on 9  -10 February

I don’t think I’m a natural writer, or whether such a thing exists. When I first started writing this play it was painful. Like going to the gym after ages, on the 1st January, when exercising for more than five minutes is exasperating, and after a week your motivation to keep going is gone, and you defer your resolve until an unspecified ‘later’. My point being, I’d wanted to write for so long, but like new year’s resolutions too quickly abandoned, I always found excuses not to.

For Marsistan, I had found a compelling story, the struggle was finding the best way to tell it. It was the annoying mental itch of this unused plot that pushed me to start putting words to paper. It’s an idea I’ve stuck with through terrible drafts and writer’s block because it’s an idea that has not ceased to fascinate me.

Getting the opportunity to put my work on through DDF has showed that wearisome perseverance to be worthwhile. It’s been fantastic to enjoy the mutual support, and superior proofreading skills, of the other writers as well as the infectious excitement around student-writing which has been growing over the past few years. 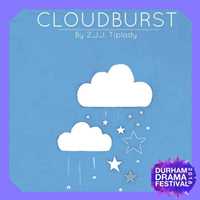 Talor is directing Cloudburst by Zac Tiplady, a comic snapshot of a woman’s day and a life-changing decision. Cloudburst will be performing at The Assembly Rooms on 9 – 10 February

Durham Drama Festival had been on my radar for two years I had seen some amazing work within that time, so when Zac Tiplady approached me, I was extremely excited and grateful for the opportunity. Cloudburst is the first play in Durham where I have collaborated so closely with the author, and that makes it very special. The existence of a platform for young writers is a fantastic starting point and DDF in particular provides invaluable feedback from theatrical. Safe to say this puts no pressure on directing someone’s ‘baby’(!).

It’s been so rewarding to collaborate with Zac but also put my own stamp on his vision. Constant communication through drafts and mood-boards over the summer made when we heard that Cloudburst had been accepted all the more thrilling. We had a huge amount of fun whilst casting, and the surreal (yet wonderful) experience of hearing people saying the lines never performed before.

Rehearsals began with a brilliant character workshop. Each actor has developed a detailed (and hilarious) backstory; developed through exercises such as hot-seating, and also our adapted version of “Back to Back” which will be familiar to many students! We have now finished blocking and are moving onto running so we can really bring the script to its full potential! 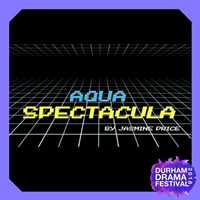 Alok will be the Technical Director for AQUA SPECTACULA by Jasmine Price, an interactive journey into a 70’s videogame. AQUA SPECTACULA will be performing at The Assembly Rooms on 9 – 10 February 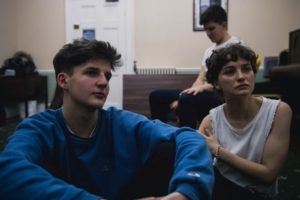 Designing the technical scene for a show in DDF comes with its own challenges: financial constraints and of course the obscurity of the location; the ambition in the writing or even characterisation of the audience.

It is therefore so important to recognise, whilst DDF exists to celebrate student writing and performance, it is a chance for technicians to overcome major challenges and develop their technical and creative skills. Over the duration of DDF we should continue to celebrate our students’ fantastic writing skills but also take a moment to appreciate the flair, ingenuity and passion that so many of technicians show as they work hard to design a performance which excels both on and off stage. 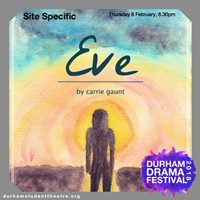 Mally Capstick will be performing in Eve, by Carrie Gaunt, the first woman’s perspective of the fall. Eve will be part of our site specific night at Hatfield Chapel, on 9 – 10 February.

I was absolutely thrilled to have been cast as Eve in Carrie Gaunt’s play, and I came into term ready to get to stuck in.  I don’t think I quite realised the huge undertaking of a one person show, the amount of lines to be learnt and the sheer amount of energy it takes to perform solidly for 45 minutes.  But that said, the last few weeks have challenged me as an actress more than I could have imagined, and I am proud to say that I feel we are creating a tangible, real and truly brilliant character in Eve.

I say we, as this certainly isn’t an individual process; Katie Sawyer and Carrie Gaunt are wonderful as they unfailingly provide insight, direction and positivity. I think we all agree that what started off as Carrie’s spectacular writing has really been brought alive and developed by our rehearsal process, which has been so enjoyable and rewarding thus far.  With a week to go, I’m excited to see Eve develop even further.