Durham Christmas Festival is an annual event held every December and features traders and entertainers from the North East. The festival was spread across the city centre, with the festivities focused in and around the Cathedral and Castle- two World Heritage Sites. It’s a fantastic day out and an opportunity to do some Christmas shopping! 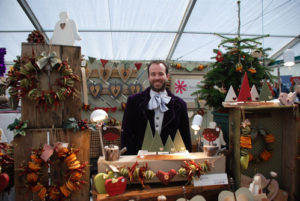 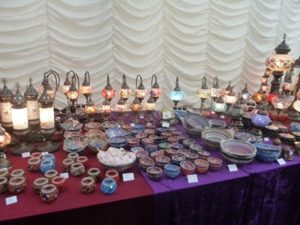 Palace Green hosted the ever-popular Craft and Gift Marquee and was a warm retreat from the December weather. With over 185 stalls, there was a lot to see! From chocolate wine to yak hair hats, there was definitely something for all tastes. Of course, it wouldn’t be a Christmas Festival without some Christmas crafts, the range of festive stock on offer was huge! While some stalls had silver stags and polar bears and looked like they had come straight from Narnia, others had a more rustic, traditional approach with wreaths and garlands in vivid reds and greens. Even the Mayor came to the marquee to browse the stalls, accompanied by his bodyguards wielding their halberds. 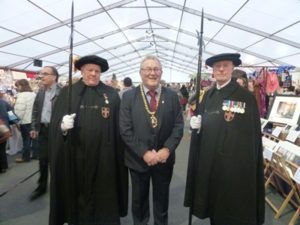 It was great to see so many local traders from the Durham area selling such a wide variety of produce.  They really showcase what the local area has to offer. 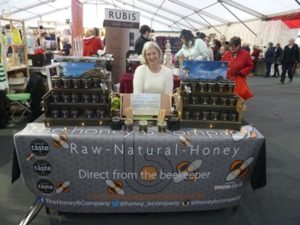 As well as the Craft and Gift Marquee, Palace Green also hosted various entertainers and stalls over the Christmas Festival period. I managed to catch a glimpse of the birds of prey, and got to say hello to a beautiful (and huge) Chilean Blue Eagle- as an animal lover this was a great opportunity in itself! There were also children’s crafts on offer as well as refreshments in case a pit stop was needed after all that shopping. 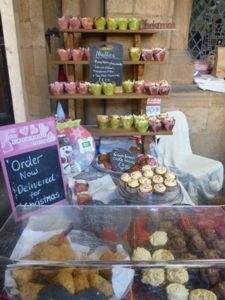 Durham Cathedral’s Cloisters hosted the Regional Producers Market, with over 30 traders selling edible goods. It was hard to choose from the range of great produce on offer, it smelled amazing! With tea flavoured chocolate and chocolate flavoured tea, vegan cupcakes, mulled cider and more chutneys than I have ever seen in my life, it was a foodie’s dream. I eventually decided on a gooey brownie from The Brownie Bar- but with so many flavours to choose from that was a task in itself!

If that wasn’t enough, Durham Market Place and Millennium Place hosted more than 30 traders as well as entertainers. The bands playing by the Christmas tree really brought the festive atmosphere to the town centre. As a local and a Durham University student I really think that there is something for everyone and that the festival is a great way to start the festive season, I’ll definitely be back next year!