I am one of the privileged few who got selected for both  a BP STEM+ Award and BP Women in Science Award, a cash prize of £500 each. So I had to spend £1000 in such a way that benefits me and does some good to someone else in the society. For those who don’t know what a BP Award is, it is an initiative by British Petroleum (BP) to encourage students at British universities, especially women in STEM (Science, Technology, Engineering and Mathematics).

Being a Computer Science undergraduate myself, I’m always hunting for resources to learn and polish my coding and computing skills at my convenience with minimum costs, and that made me realise how with technological advancements like online education etc. one does not have to remain dependent solely on school curriculum anymore to learn new skills. And there have been lots of articles on the internet why schools need to make coding a compulsory part of their curriculum, how is it beneficial etc. So while I was making an application for the BP Awards, my father, who has sponsored two hearing-impaired kids from a school in North India, received the yearly progress reports of the kids. An idea clicked in my mind. I presented my idea to BP and that won me a whopping £1000.

So the idea was this: “If I win the award, I’d go about spreading awareness about what coding is, how can one learn it by oneself and how can it be beneficial to students from disadvantaged backgrounds.”. 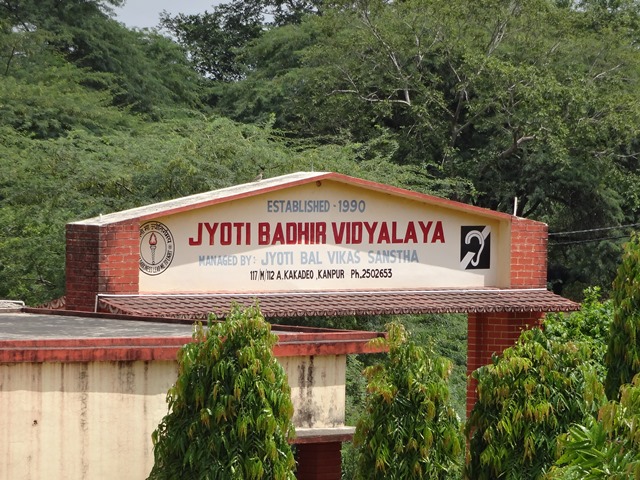 On September 14, 2016, I headed to Jyoti Badhir Vidyalaya, which translates to Jyoti School for Hearing-Impaired. ( www.jyotiforchildren.org ), a school for hearing-impaired children from poor families in the North Indian city of Kanpur. A school, run entirely by an NGO on donations and charity, has been making sincere efforts towards the betterment of their students. However, being from poor families, they have little exposure to lucrative career options and often end up only in vocational and sometimes even menial jobs. My motive was to tell them that they’re educated, computer literate and their only disability of not being able to hear and speak shouldn’t be a barrier for them from pursuing a mainstream career in the technological industry. Secondly, having experienced both Indian and British education systems, several students in India, especially ones in rural settings are still not aware how online education can be of massive advantage to them. 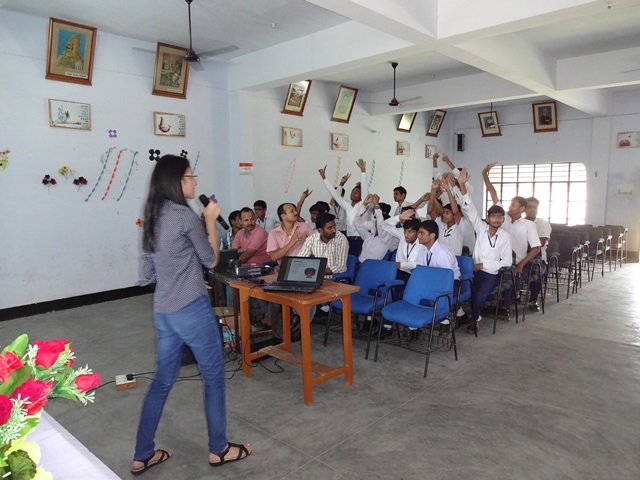 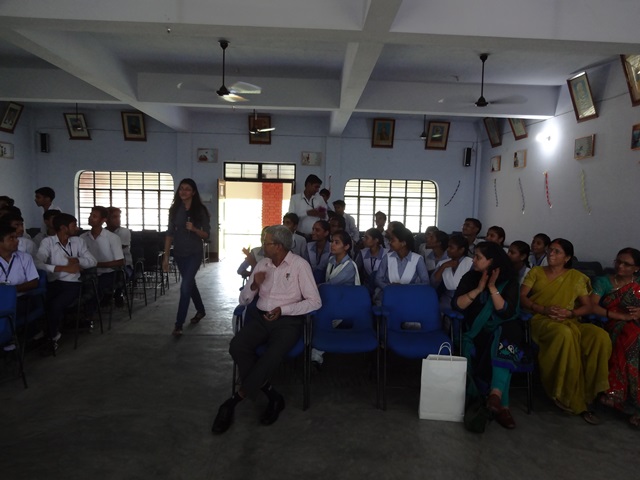 It was my first ever presentation and public talk, and above of that, with hearing-impaired children. All that I would speak would be translated into sign language by their teacher. I had apprehensions – how will I present myself, how will I interact with them, will the translator be able to translate the technical terms, will the students really understand? How will they express their doubts? But I was proved wrong very soon.

10 minutes into the talk I noticed children listening with great interest. The smiles on their faces were encouraging me. To them, Computer Science and IT was limited to applications like Word, Excel and Emails. The fact that they too can build websites and software, regardless of their disability enthralled them. It was something they had never known. In spite of the fact the school didn’t offer coding lessons, they can learn the skill with just three things – a computer, internet connection and interest. Online education has made learning so convenient today. The world’s best universities offer lectures online – and that isn’t a trouble either, as they are subtitled and have transcripts as well. And with technology being so advanced that the tech-industry now boasts of visually-impaired programmers, should this be too daunting a task for the hearing-impaired? Contrary to what I’d expected, the students were asking questions enthusiastically. And the response was overwhelming. The claps I received in sign language made my day.

It was a humbling experience. I realised how fortunate I am to have had  quality education so easily in life, and how a thing, that seems so easily available to me, could be something so impressionable and hopefully life-changing for someone else. Whenever I get an opportunity, I’ll definitely conduct such talks at other places too.

To find out more about the BP Awards, please see www.durham.ac.uk/science.faculty/bp/achievement.awards/

Recent graduate and blogger for the University, I studied Computer Science at St Hild & St Bede, originally from India. Always seeking new experiences, yet passionate about technology, languages and badminton - I am now a Software Engineer in London and currently teaching the world new languages as a Duolingo course creator.
Share:
Share: