From 4th-23rd May I took part in an archaeological collaboration between Durham University and the Palace Museum in Beijing. This was an absolutely amazing opportunity to learn about Chinese archaeology while improving my skills and knowledge of archaeological excavation. I had never travelled to China before and in many ways did not know what to expect from the experience. 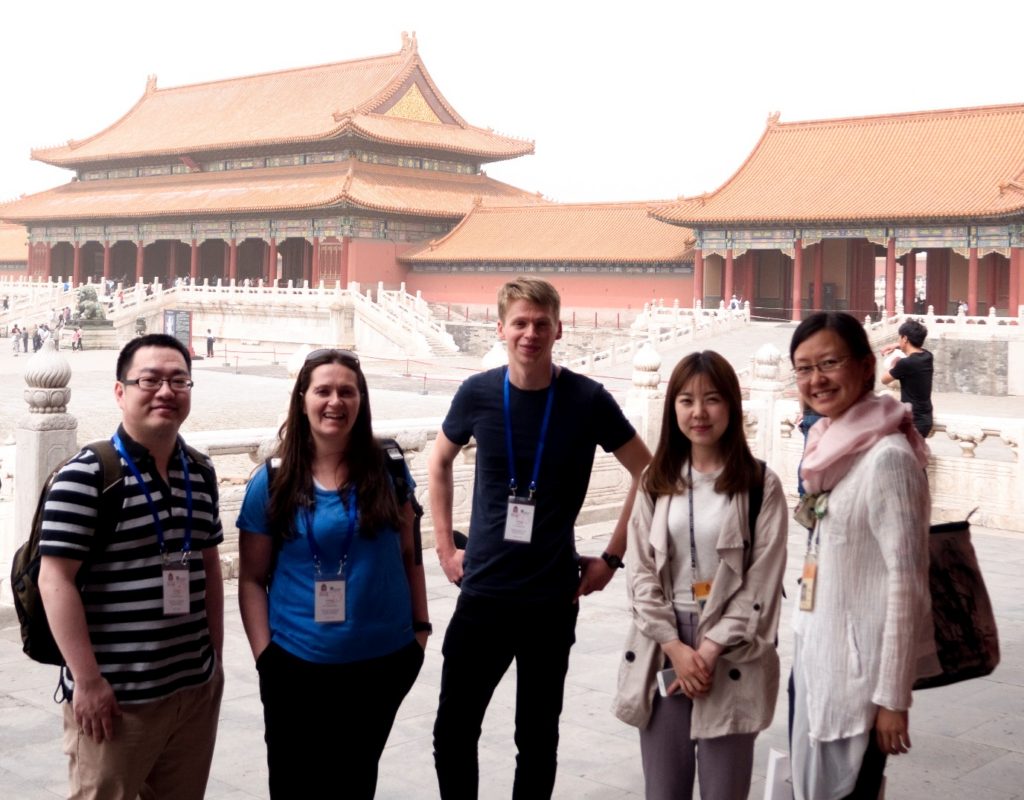 Members of the Durham and Palace Museum Archaeological Teams

The excavation was located inside the Palace Museum, also known as the Forbidden City, a huge complex of mid/late Ming-Qing dynasty (AD 1368-1912) Imperial palaces located at the heart of modern day Beijing. This provided a very inspiring setting in which the team from Durham University, together with Chinese colleagues from the Palace Museum’s Institute of Archaeology, excavated two 4×2.5m trenches in an area known as the Garden of Benevolent Tranquillity. The Palace Museum is a UNESCO world heritage site and when we weren’t excavating we were able to see areas not usually accessible to the general public which was extremely interesting and a great honour. 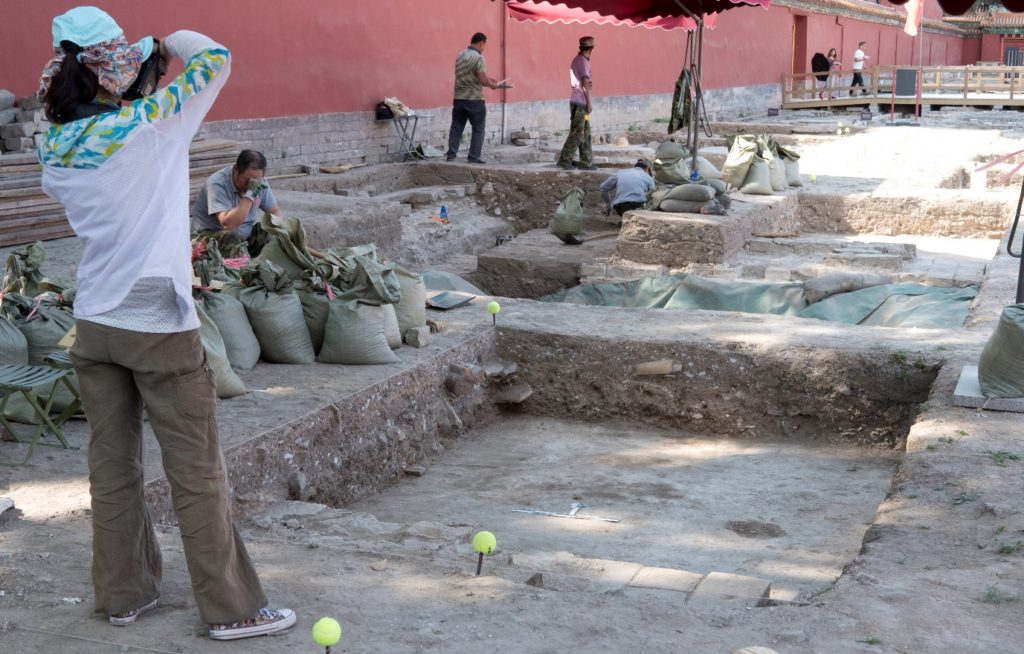 Photographing one our trenches inside the Palace Museum

In the evenings, we were able to sample some very fine cuisine including the famous Peking Duck and a vast selection of other dishes. Most of our meals were provided in the Palace Museum’s staff canteen which served a wide choice of different dishes each day – all of them fantastic. Eating with chopsticks provided an initial challenge but I improved a great deal by the end of the three weeks. I was also able to try a few dishes which might seem a little strange to most westerners like duck’s feet, duck’s tongue and Jellyfish. 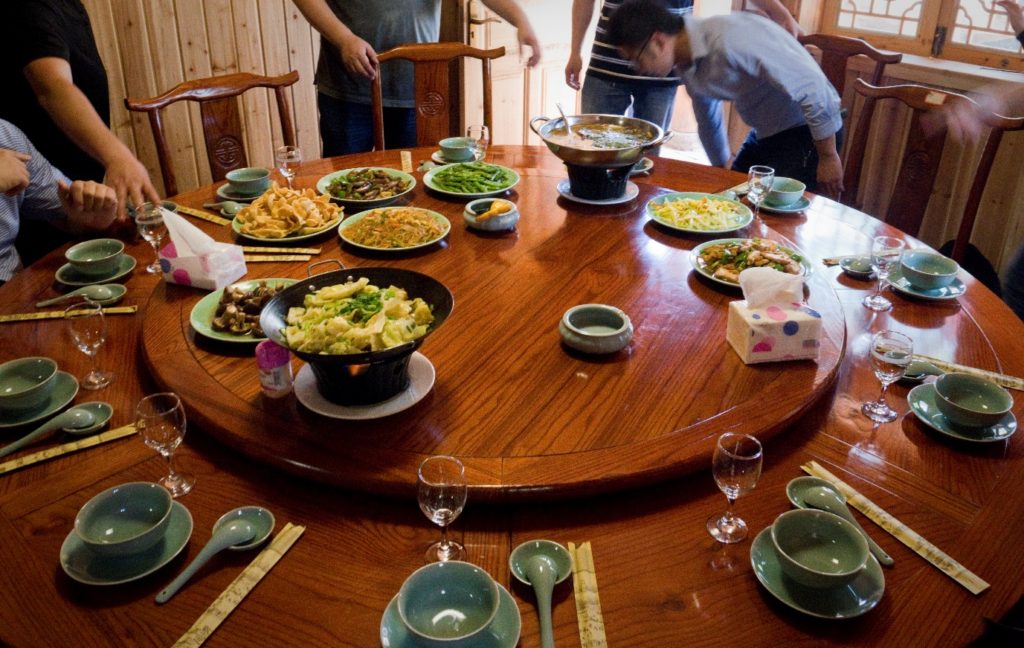 In the middle of the excavation we embarked on a study trip, c. 1000km to the south, to Zhejiang Province, where we learnt about the medieval ceramic industry around the town of Longquan. Longquan is internationally renowned for the greeny/turquoise glazed stoneware known as celadon which was produced throughout the medieval period and shipped and traded throughout Asia reaching as far afield as the Middle East and even the Iberian Peninsula. During the study trip we were able to visit archaeological kiln sites, modern reconstructed kilns and workshops as well as museums telling the story of the development of the ceramic industry in the province.

After the study trip, we returned to Beijing to complete the excavation and present our results to the Director of the Palace Museum Archaeological Institute. One of the aims of our excavation was to compare and evaluate the different excavation methodologies employed by the Durham team compared to Chinese methods. We noticed many similarities and were extremely impressed by the standards of work we saw from the Chinese archaeologists. We were able to make a number of suggestions in some areas but in general we felt the archaeology we observed was conducted to a very high standard. 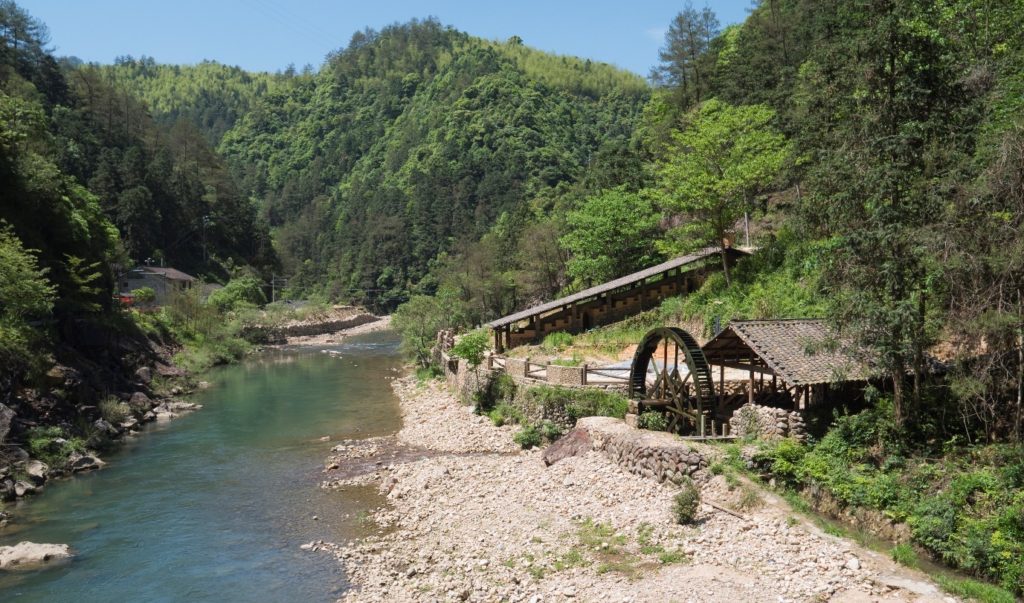 One of the reconstructed celadon kilns near Longquan in Zhejiang Province.

On the last day before we returned to Durham, we were able to take a day off and visit the Great Wall and the tombs of the Ming Emperors – memories I won’t forget in a hurry!

Overall the trip was a marvellous experience for which I am very grateful to our Chinese hosts from the Palace Museum who made us feel so welcome throughout our time in China.

For further information on the collaboration between Durham University and China’s Palace Museum see www.durham.ac.uk/archaeology/research/projects/asia/palace-museum