A day in the life of a CATSS Primary Volunteer

CATSS primary takes children aged between 7-11 who have been referred by social services, on three day trips and a residential to give them some respite from the situations they face in their daily lives. I chose to volunteer on CATSS because not only did I want to give something back to the local community that I have come to call home during my time at Durham, but I also wanted to make a difference to the lives of the vulnerable children that live within it. During my time volunteering on CATSS I’ve not only been able to make a difference to the lives of these children, I have also gained knowledge, qualifications and friendships in the process that I can take with me beyond my time at Durham. Through volunteering on CATSS the impact you make to each individual child is visible throughout something which really motivates me to continue to volunteer on the project. Here is a bit of an insight into the fun you can have as a volunteer on CATSS Primary.

6am – My alarm went off for what I knew would be an exciting and busy day ahead. After getting ready I headed for the Student’s Union, to meet my fellow volunteers ready to be driven to the hall.

7am – After having a catch up with the volunteers in the car, we arrived at the hall ready to set up all the day’s activities in preparation for the children’s arrival, this can include anything from crafts to sports equipment. Each day trip has a different theme such as wildlife, superheroes, science etc. with today’s theme being the Olympics, this meant Olympic themed craft, team building and of course, trying some new sports. I knew the kids would love what I have planned for them, with a good mix of activities for them to partake in, there was something to capture all of their interests which is important to ensure the children have an exciting and enjoyable day. 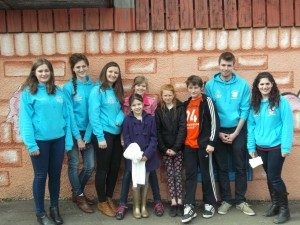 At 7.30am I left on the minibus with a few other volunteers to pick- up some of the children. During the journey I played top trumps with a few of the children and spoke to them about what activities they were most looking forward, to as well as which football team is currently top of the league and the latest supercar.

Once most of the children had arrived, by about 9.30am, we had some free time to play with them before the activities started. I chose to play football with some of blue and green team, before moving on to make some loom bands with a few of the girls. As free time drew to a close, all of the children and volunteers were split off into their teams (yellow, green, red and blue) so I joined my team, the blues boys, ready to take on the challenge of the first activity.

10am -The mornings activities began with some Olympic themed challenges. The children had to guess their challenges with a riddle, which they could only find if they were brave enough to stick their hands in custard and baked beans Eeew!! Fortunately, blue team were amazing at this. After working as a team to cross a river using lily pads, getting covered in marshmallow whilst making a spaghetti tower and sticking as many balloons to a fellow volunteer as possible, it was fair to say the blue team triumphed. 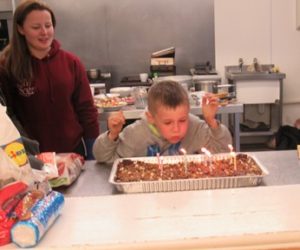 11.30am – After a quick drink and biscuit break, it was time to do Olympic themed crafts. The children produced some incredible models of swimming pools, trampolines and footballs, whilst others designed their own medals and mascots.

12.30pm marked lunch time where a much-needed energy boost was required after a packed morning of activities. It also gave me the opportunity to talk to the children about what they have enjoyed about the day so far (the spaghetti tower was a standout!). Before the afternoon activities began, we had some team time and a chance to award some balls in the bin for the mornings activities. Blue team hadn’t yet reached today’s target so it was all to play for this afternoon.

At 1.30pm we joined together with all the other teams to play a massive game of shuffle monster, where there was lots of laughs and quick thinking.

2pm marked an activity most had been looking forward to…. Wheelchair basketball. After learning some manoeuvres and dribbling skills, there was time for some races and games with a match to finish. It is fair to say we have some budding athletes on our hands.

After the success of wheelchair basketball at 3pm we moved on to hopefully display the same skill level in archery. The children didn’t disappoint, with many of them scoring bullseyes!! I think after a successful sporty afternoon, hitting today’s balls in the bin target was well deserved. 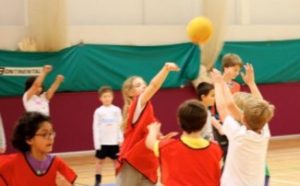 3.45pm unfortunately marked the end of the day. All the teams came together to listen to everyone’s rose (a highlight) branch (something we are looking forward to) and thorn (something we didn’t enjoy). For many, picking just one rose proved quite difficult! I then head to the mini-bus with the children to take them home.

4.30pm–  I helped to pack down the hall and debrief,  before being driven home to get ready for an evening meal to celebrate a successful day trip with all the other volunteers.

At 11 pm I headed to bed after what was an incredible and rewarding day volunteering on CATSS, knowing that I have made a real difference to the lives of the children that attend the project.

Its days like these that really reinforce the impact the project has, to see the smiles on the children’s faces and the growth in confidence in each child after every trip is something so special to be a part of and makes all of the hard work, time and effort worth every second. Volunteering on CATSS has been the highlight of my time at Durham and has given not only the children but all of the volunteers including myself memories to treasure and so is a project I could not highly recommend enough getting involved with.

Visit the SCA webpages to find out more about CATSS and all the other Student Volunteering projects you can get involved with.