Organising Durham Festival of the Arts

As a member of the Durham Festival of the Arts (DFoA) committee, I have spent the last few weeks surrounded by the plans for the various concerts and shows which will be staged during this year’s festival. As we’ve been meeting once a week since October to discuss and plan the festival, it is crazy to think that it is now finally upon us and in full swing!

The committee is made up of a strong team of current students and Sabbatical Officers, representing Music Durham and Durham Student Theatre (DST). Meeting once a week has ensured that we keep to our set schedule for advertising, co-ordinating the black box theatre, and reporting back to each other on how various events are going. With everyone caring so much about the work that gets put on, tensions can occasionally run high, but the lure of free coffee from the Palatine Centre is enough to dispel even the most frantic disagreement. 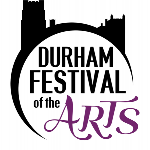 Not only are we as a team responsible for co-ordinating and distributing all of the marketing materials, but we are also in charge of setting up the Palatinate Awards, a joint evening of celebration of the work of Music and Theatre held in Durham Castle on the 19 June. With tickets sold and decorations made, all we can do now is hope it runs smoothly and we don’t recreate the ‘Best Picture’ Oscars moment from earlier in the year!

With DFoA now on our doorstep we, as a committee, are looking forward to the festival with high hopes! With more shows than ever, it’s surely going to be an extremely busy time for all of us! 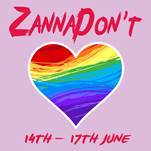 With over 30 great shows and performances taking place over the next three weeks, it’s tricky to see everything, so here are some of my top picks for the weeks ahead:

For full detail so f the programme of events and to book tickets, visit the Durham Festival of the Arts website  www.dfoa.co.uk/

Durham Festival of the Arts (DFoA) is an exciting three-week festival running from 2  – 23 June. Now in its third year, and with over 30 unique events and around 300 individuals actively involved,  the 2017 festival is set to be the biggest yet. The festival, organised by students from the University’s Music Durham and Durham Student Theatre (DST) societies, promises a dazzling array of events, from concerts and masterclasses, plays to photography exhibitions, and so much more. Festival events will takes place across some of the city’s most iconic venues, including Durham Castle, Durham Cathedral, The Gala and The Assembly Rooms Theatre. 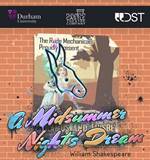